Erica's SCOW Lollipop finally hit the water in August. It's been a long, a much too long restoration since I bought what we believe may be the oldest fiberglass SCOW ( originally built in Nottingham in the early 1950's). 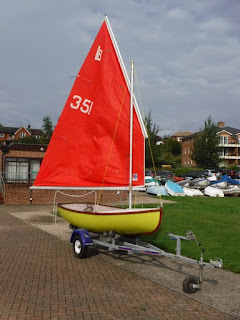 I was thinking that with a quick coat of paint and replacement of the broken woodwork, she would soon be sailing again pretty soon, but that was 5 years ago. Work, house building and life generally all got in the way. 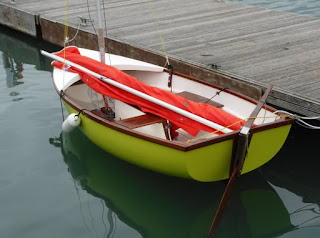 A bit like the hammer with two new handles and a new head. there isn't much of the old boat left (or worth saving) beyond the hull, deck and some of the old interior wood. 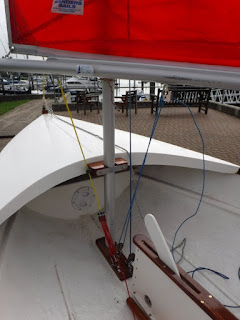 I tried to keep things as simple as possible, but couldn't help myself when it came to Spectra rigging and running gear. 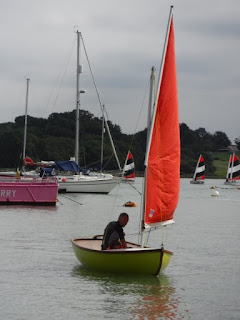 Launch day saw very light winds, but she sailed really nicely and surprisingly for  first trip out everything worked and nothing broke.What was really pleasing was the number of admiring comments we got. 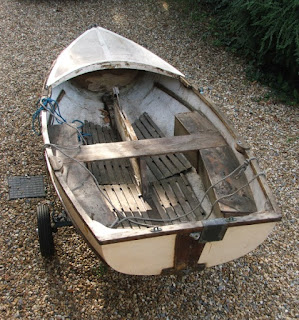 Here's a reminder of how she arrived back in 2010 almost 5 years to the day.