While the news media continues their almost obsessive coverage of the storms, the sun came out on Boxing Day, like I guess so many, we took the opportunity to blow away the cobwebs after the Christmas over indulgence. 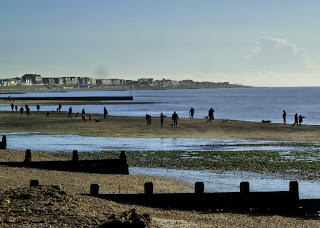 A fine and bright winter day, the Solent down by Hill Head was flat with a gentle breeze blowing, it doesn't get much better, but alas it was a short but welcome window and respite from the recent and prolonged storms. 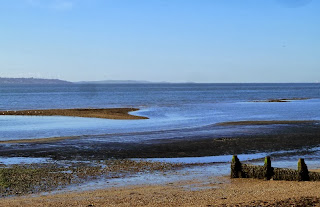 Now that last night's gales have settled down to a steady 30 knots things seem to be getting back to normal.

Daughter Katy is travelling back from Falmouth where her ship is docked, the rail chaos means that she's currently on a bus between Exeter and Taunton hoping to get a train via Reading.

Her big brother Duncan is going out in Hamble for Christmas eve, lets hope she gets here before the pubs shut.

Erica and I are taking Joseph to the Christingle service at St Leonards with friends, that is if I get back from collecting Katy on time.

Whatever happens it will be great to have a house full of family and friends for Christmas.

Here's wishing everyone a great Christmas. 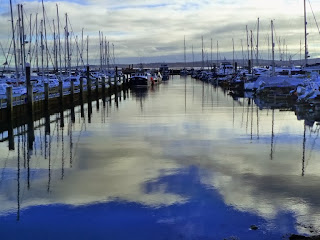 As the words of the carol go "all is calm, all is bright." 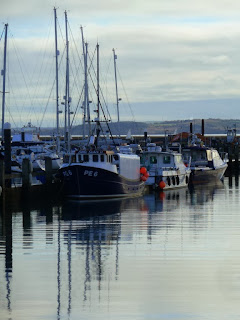 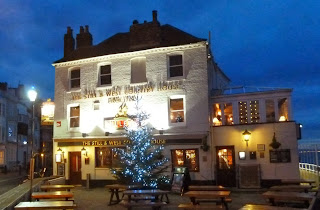 The other really great Look at Life film was The Ton UP Boys - enjoy.
Posted by Bursledon Blogger at 12:30 4 comments:

Frost bite sailing on a fair and cold winter's day, the moorings are empty, no traffic on the river, the western Solent is almost deserted. 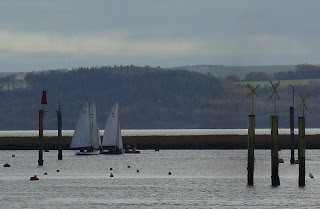 A few hardy sailors from Lymington Town Sailing Club were making the best of it.

I'm definitely going to try and get out on the water over the Christmas holiday.

Sometimes it take a bit of time for the high tech to reach these parts of the river, or more often the truth is they sometime slip past unnoticed on the flood tide. Whatever the reason I was recently forced into using Wordle at work and though I'd have a play at BB.

For those who may be equally unfamiliar, Wordle is described as "a toy for generating “word clouds” from text. The clouds give greater prominence to words that appear more frequently ".

So here's the Bursledon Blog Wordle. whether it scans the whole blog or just current postings isn't clear, but it's quick and easy to use 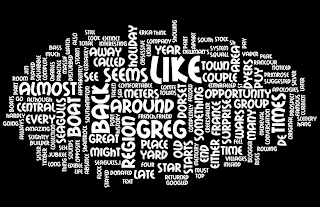 I was curious why Greg featured so prominently, but a quick search through the posts revealed multiple references to local boat builder Greg and his very fast gaffer the Flugal and another Greg from the east coast, owner of the sloop Black Diamond  .

And just to prove that my lack of trust in technology is perhaps justified, the" google blog search gadget" has stopped working - if anyone knows how to fix it please let me know.

It's probably not a good idea to write a blog when you've been drinking, but.

I was in London having a few a few pre Christmas beers with work colleagues, it was a chilly but pleasant enough evening, an hour and twenty minutes later I stepped off the train into the teeth of a howling gale. 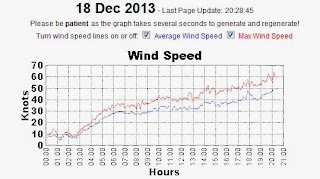 Gusts topped 60 knots a couple of times.
Posted by Bursledon Blogger at 20:36 No comments:

You don't need the highest tidal surge for 50 years, global warming or rising sea levels to get into trouble.

If you're Christmas shopping be careful where you leave the car, there are things much worse than a parking ticket..

With thanks to Dave the Ice Cream
Posted by Bursledon Blogger at 08:19 4 comments:

There's a public dinghy park down at Swanwick Hard, unusually the local authority haven't got around to charging for dinghy storage, perhaps there is a local precedent which prevents them trying to charge us for what is after all a public facility  the hard is recorded back in pre Saxon history. That said most of the dinghies are left chained and unattended and as consequence aren't in the best condition. 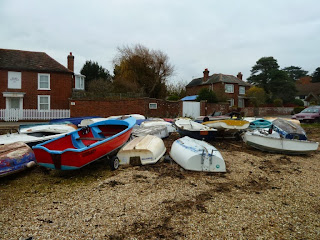 Of course with anything uncontrolled and reliant on good will it's sadly inevitable that someone will take advantage as below. There is a requirement to periodically remove all dinghies so that the area can be spruced up, lets hope it's soon. 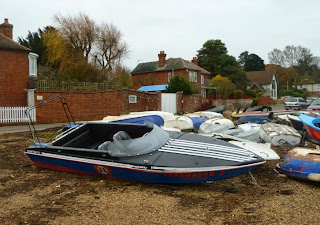 In an effort to improve security this substantial anchor was installed a few years ago to enable dinghies to be securely chained so they don't float away on the high spring tides. 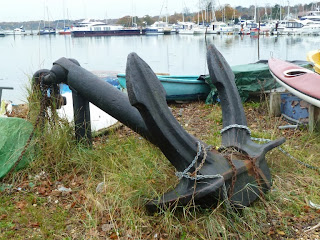 I managed to get out for a row at the weekend, it was glassy calm and I had the river pretty much to myself. The day was warm but overcast, the low grey sky reflected almost perfectly on the still water. The photograph doesn't do it justice, from the boat there was an impression of looking uphill to the boats. 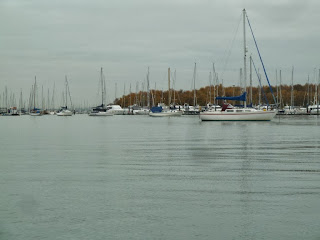 Along the banks the trees were ablaze with autumnal colours, I keep thinking that things are happening very late this year. 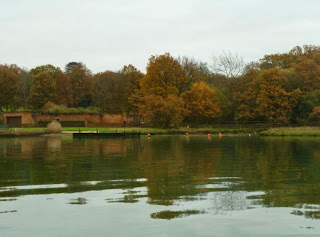 Down at Salterns these folks appeared to be trying to move a barge/houseboat using a rib as a tug, I watched for a while as they kicked up a huge wash from the stern of the rib but didn't appear to be making much headway with the barge. Maybe that wasn't the point. I lost interest after a while and headed down to the cafe for breakfast. 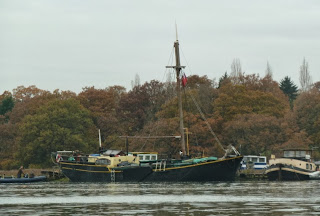 Daughter Katy sent me a copy of the Navy Advent calender. 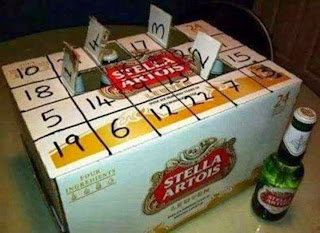 Seasons greetings Enjoy.
Posted by Bursledon Blogger at 17:22 No comments:

The marina down at Birdham Pool on Chichester harbour has an interesting marine railway systems complete with turntable. The turntable allows boats to be moved to various "sidings" in the yard which radiate outwards or there are tracks which allow travel into the boat sheds. 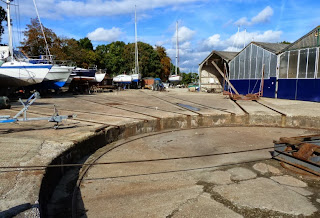 At the other end the railway connects to the slipway for launch and recovery. Given the investment in concrete and steel the systems must date back to times when the cranes and travel lifts with which we are so familiar were not available. It's a lovely piece of industrial heritage. 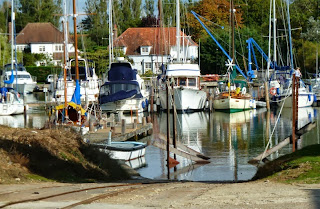