A small part of the rear fence blew down in the recent windy weather and some more local wildlife have been coming into the garden to join the squirrels and birds who are well fed by Mrs BB at this time of year. 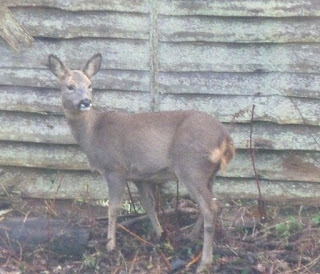 This young deer was quite at home even though I was clearly visible and busy banging about in the kitchen getting lunch ready.

I guess I'll have to fix the fence sooner or later, but not just yet.
Posted by Bursledon Blogger at 06:30 3 comments:

Great name for a fast trimaran. 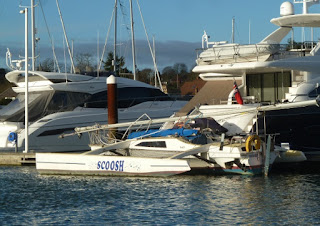 My friend Malcolm bought a motorboat last year but what with one thing an another it wasn't until a cold February weekend that we went over to Port Solent to see her. 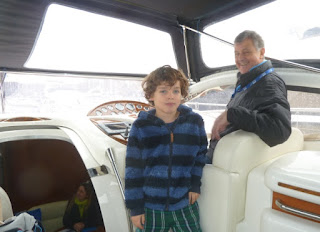 It's Italian, super stylish and while it would perhaps have been better to be aboard in the sunny Mediterranean, it is a lovely boat. 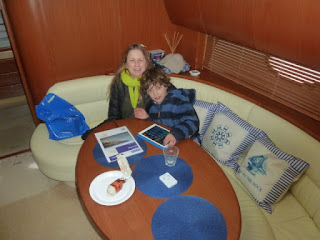 Erica and Joseph enjoying how the "other half live", will I ever get them back aboard a heeling and pitching yacht again? 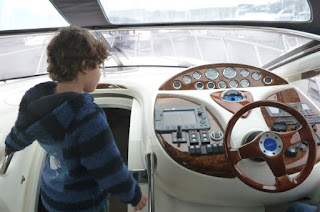 Joseph spent a bit of time deliberating over the controls and how everything worked, needless to say everything is powered and the walnut dash looks like something out of a Bentley. 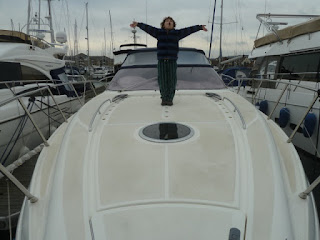 On balance we took that as a thumbs up, we're looking forward to a trip out when the weather warms up a bit.
Posted by Bursledon Blogger at 06:00 6 comments:

I love the details on these old barges, finding the interplay of shapes and textures an endlessly fascinating aesthetic as well as functional. 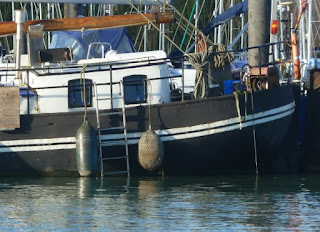 Especially so on a bright and sunny, winter day (probably the only one this winter or at least it feels like it). 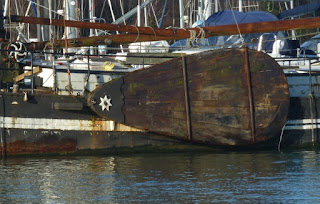 While I find interest in the fine detail, the overall picture is pretty nice as well. 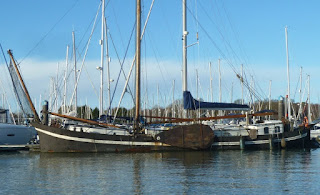 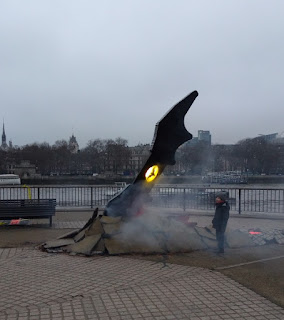 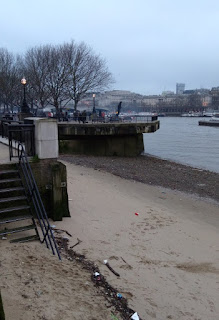 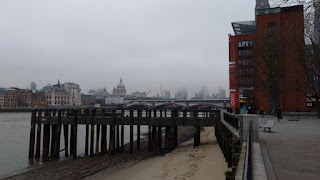 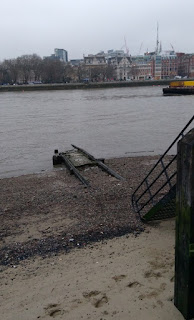 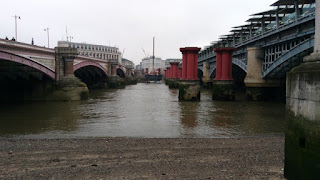 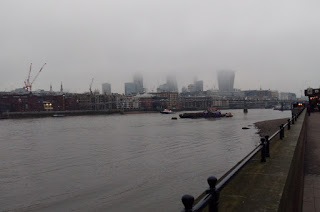 A couple of years ago I did the RYA Powerboat 2 and safety boat so that I can help out with the Peanut and Cadet sailing sessions that Joseph is enjoying down at Hamble River SC. Both courses were quite fun and involved a lot of racing around on the club's ribs, all of which got me wondering if we should buy one as part of the family fleet.

Inevitably when you start thinking about things, you also start noticing things that were previously ignored. The top photo looked small enough to go on the drive yet big enough to get across to the Isle of Wight quickly and safely, until that is I noticed the engine. I'm guessing the rib is 18 feet or so, with over 100HP, quick it would be, safe; well it can probably handle that power, but the opportunity for error seems high, not to mention  scaring the pants off the passengers. 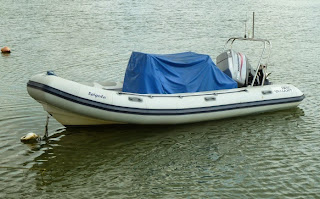 This one brought home one of the major downsides to a rib, the tubes. Proponents will point to the fact that a rib can still function with deflated tubes which is a great safety factor, but the cost of repair and replacement of old tubes is high, and from a maintenance perspective not something that is easily done DIY, beyond fixing a small puncture. 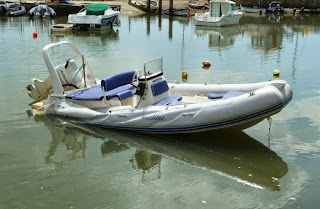 Is a cute little tender we spotted  tied on the foreshore close to high water mark near La Trinite sur Mer. 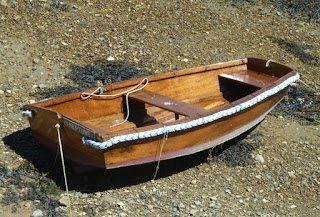 Lightweight Neptune looks easy to row, is well maintained and by the looks of things more than a few years old, a great little tender.
Posted by Bursledon Blogger at 06:00 1 comment:

Emsworth views - swing to the tide

My regular reader may have noticed that we like going to Emsworth which is a pretty town on the northern shore of Chichester harbour with a couple of good cafes and pubs.

Thanks to fellow blogger and Emsworth resident Steve who sent me links to local photographer John Tweddell and the magnificent photographs he takes of the area.