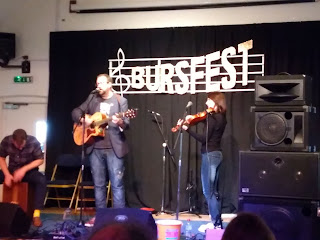 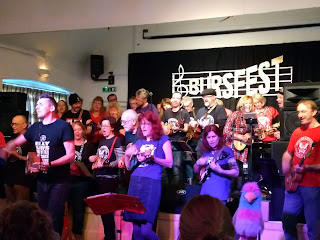 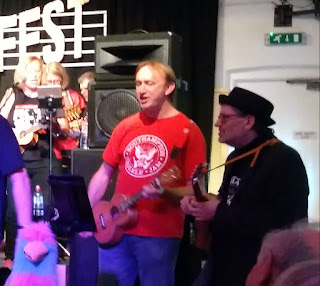 In colder climates they call it frostbiting, but here on the southern coast of the UK things rarely get that cold, but with a sunny Saturday in prospect it was good to see a few boats out even if there was little wind. 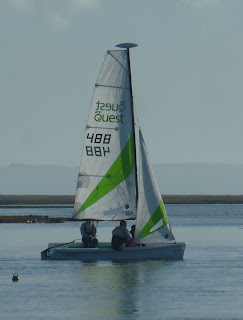 Not just dinghies there were more than a few early season yachts out despite the absence of wind. 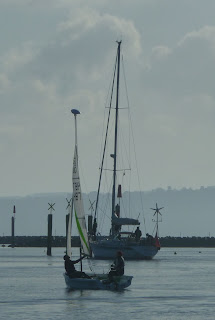 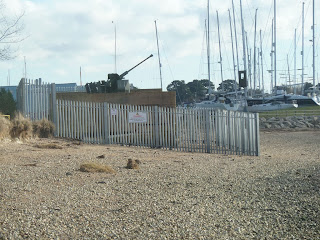 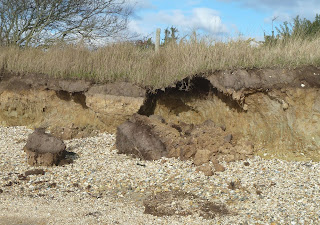 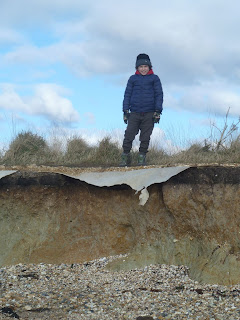 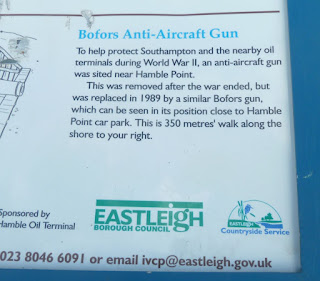 Not my boat,  we were admiring this wooden sloop on the inner pontoon at Hamble Point and then shortly after bumped into a friend in the village who has just bought her. 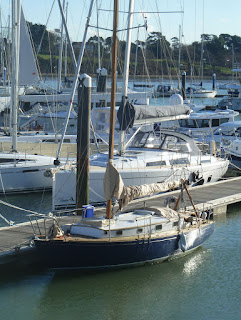 We didn't have enough time to find out much about the boat, she's about 26 feet, but I've been promised a sail, so looking forward to that. Watch this space. 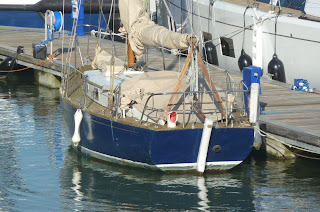 I was having a cup of tea at the cafe in Hamble on Sunday morning when this sports boat went past, thinking it looked familiar I went back trough some old post and sure enough the name Redrow came up from a holiday in Fowey a few years ago. 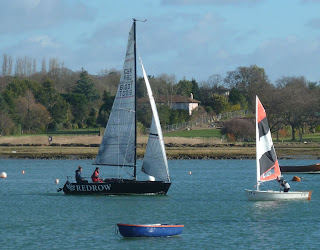 Looking none the worse for her partial sinking and rescue by the Fowey lifeboat back in 2014, Redrow is an Ultimate 20 which I have to say looks like a fun boat.

The design called for a monohull with multihull performance, which offers a dry and stable platform with safe interior space for kids or crew. It is also lightweight and  trailerable, with dinghy like responsive and handling, oh and all that  with the cockpit comfort of a 30 footer which is a pretty compelling package.

Spotted on the pontoon at Hamble Point, sadly what looks like two J70's were in the way. 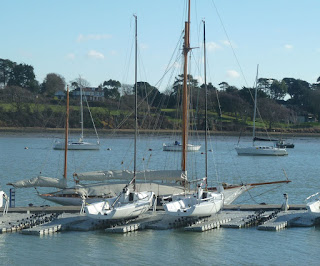 If the weather is nice this weekend I'm going to row down and see if she's still there so I can take a few pics from the water. Gotta love that clipper bow.
Posted by Bursledon Blogger at 06:30 2 comments:

Walkers and cyclists hunkered down for a cold and breezy river crossing, makes me feel chilly just looking at this photo, roll on spring. 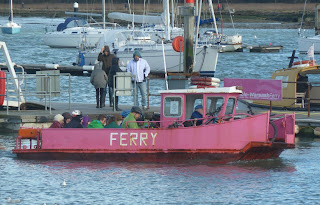 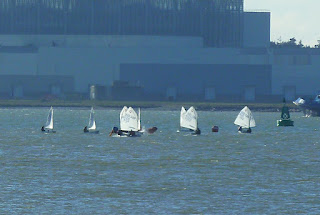 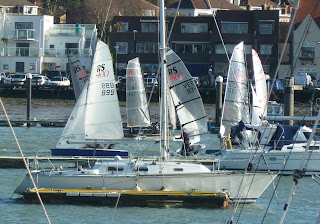 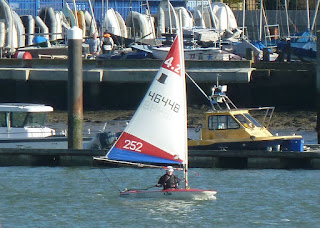 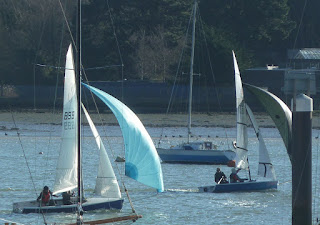 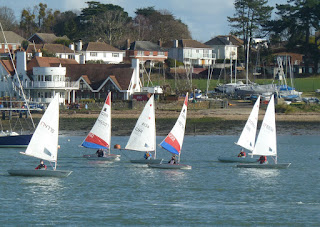 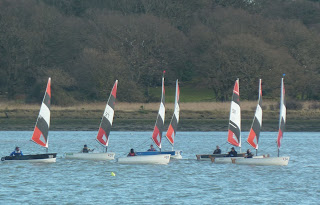 We came home feeling as if we should be making more effort to get out frostbiting, but then again we came home, lit the fire and decided that a fresh walk was good enough.
Posted by Bursledon Blogger at 06:30 1 comment: 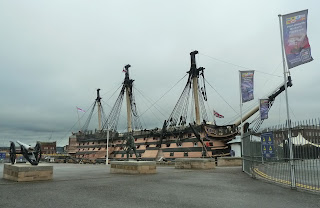 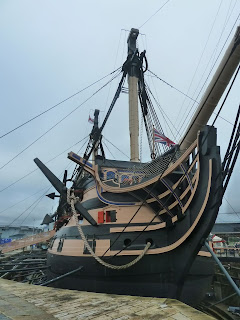 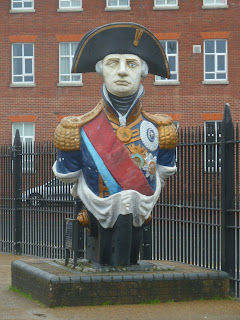 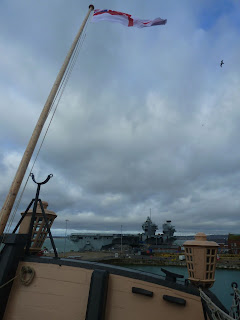