An Andrew Oughtred designed Guillemot dinghy passed me on my first row of the season, looking absolutely splendid despite the grey overcast weather. 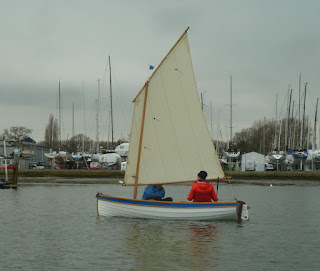 There's a nice article about a build at the Lyme Regis Boat building Academy in back issue of Small Boats Magazine.

With the warm and early spring weather, the New Forest is starting to come to life after what seems a far too long winter. 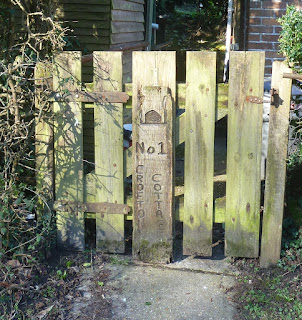 The churchyard in Minstead blooming with crocus in the sunshine. 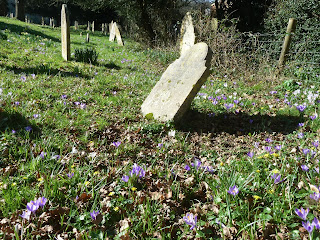 Down in the deeper forest the oaks and beaches still bare but catkins, buds and other signs of spring to be seen. 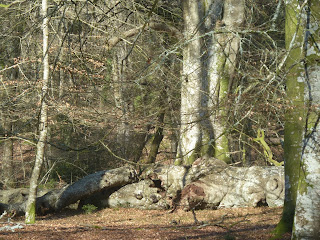 Forest streams have settled down after the heavy rains of a few weeks ago. 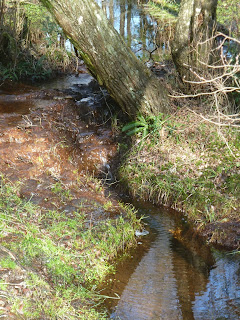 All in all a great tonic for the soul having having been shut indoors for far too long.

Actually that should probably be Water B&B. So if you fancy a weekend away come the great post lock-down opening up, this bijou floating cabin just upstream from Bursledon bridge might be just the thing. 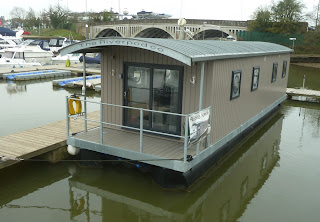 Well situated within a few short steps to the Little Canton restaurant or if you want to stay in and cook Bradley's Fishmongers. Plus the  Boathouse Cafe, Alexanda's restaurant, the Navigator, the Old Ship and of course not forgetting the Jolly Sailor there's no need to go hungry.s

There are three local country parks nearby, plus the river path (my daily stroll), Hamble and Warsash villages (more pubs and cafes).

A get away well worth looking forward to, but for now most of our visitors to the area look like this. 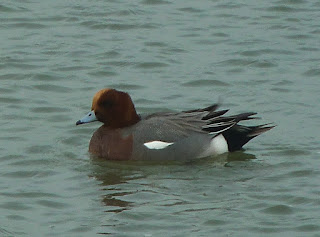 One of the benefits of all this lock down exercise has been to explore the local area, which was how we discovered this charming woodland stream 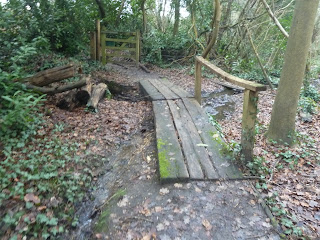 Situated between the Greyladyes Mausoleum and St Leonard's Church. 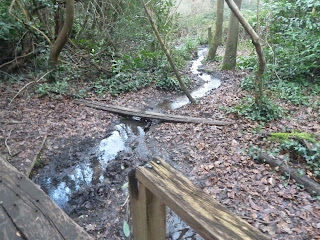 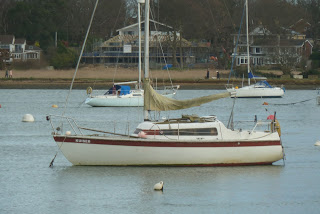 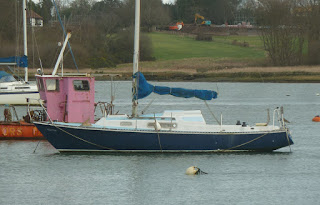 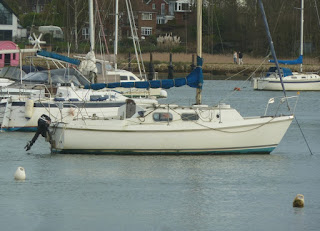 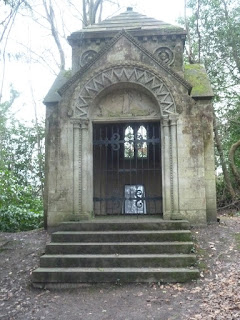 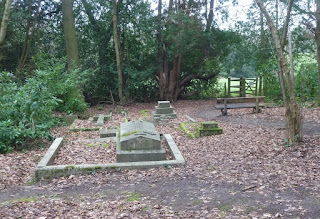 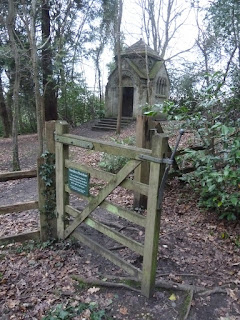 After falling into disuse, the Mausoleum and the site were restored by the combined efforts of Hampshire County Council and Itchen & Hamble Countryside Project. In 1998 the Trustees of Greyladyes Estate entered into a Licence Agreement, giving public access to the site in return for management of the land by Bursledon Parish Council.
Posted by Bursledon Blogger at 06:30 14 comments:

Of the 3500 or so boats on the Hamble I'm guessing that 80% are white, sure there are a few striking navy blue boats,, fewer still varnished classics and a sprinkling of other colours out there, but in the main, white fiberglass is ubiquitous. 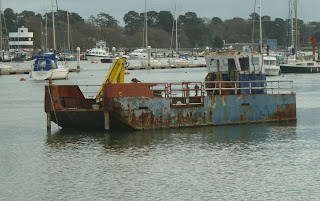 These two then are atypical, not least as both are working craft. 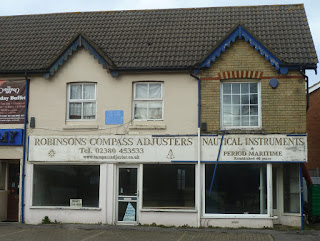 It's probably 20 years since I last visited, to inquire about refilling a Sestrel Major compass which had developed a large bubble, with a grin he told me to :get some white spirit to top it up or gin works fine as well".

Sadly now not too much left of the old MFV on the left of the picture, someone set fire to the exposed timbers last summer, that and the winter gales have caused the hull to further collapse. 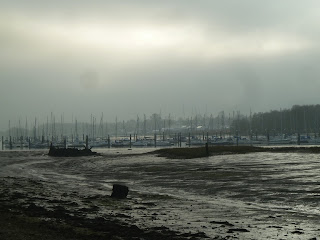