Edward Hughes sails his Robert Tucker designed Silhouette Misty from a local yard at Bursledon and writes a blog about his adventures around the Solent.

He kindly sent me some misty morning pictures taken on his way down the Hamble last week, what a great start to an autumn day out on the water.

Here he is making his way down past Mercury close to my mooring. 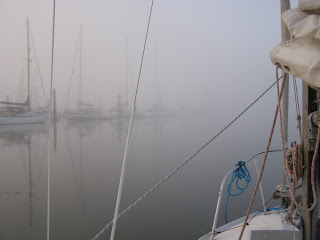 Things haven't improved further down river, this looks like the gaff cutter Annabel J close to Hamble village with the sun rising over Bunny Meadows. 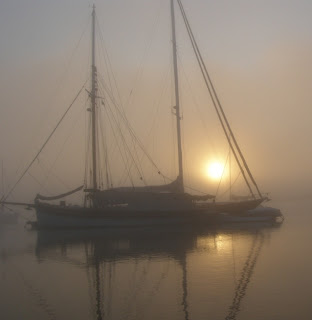 A spectacular shot of the training platform, which is part of Southampton University down by the mouth of the river. 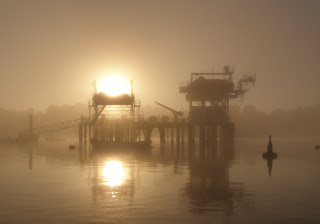 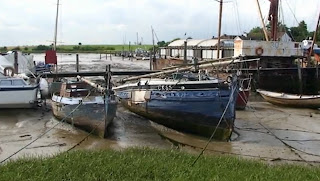 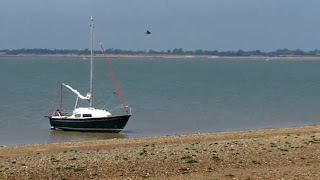 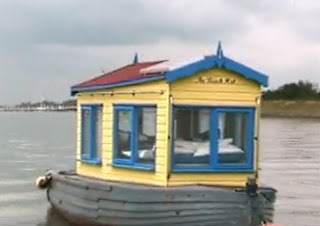 Now that we're well into September, the mornings are cool, the dew settles on the cobwebs and mist rises from the river, waiting for the sun to come over the tree tops. 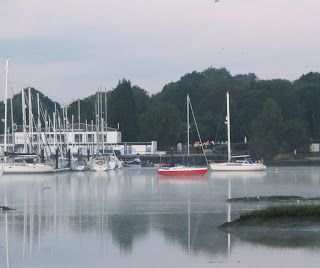 With the current high pressure, everything is still overnight, in fact the only ripples on the river this morning were caused by the local duck population. 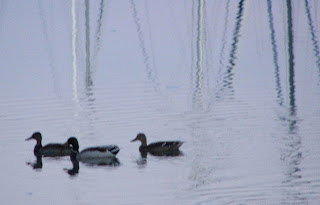 As the sun came up, it gradually illuminated a forest of masts in Bursledon pool. 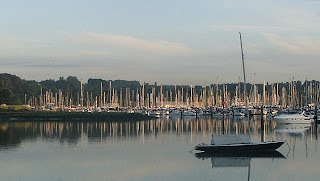 What a great finish to an early morning run along the river, here the Elephant Boatyard surrounded by trees just about to turn yellow and red - autumn is here. 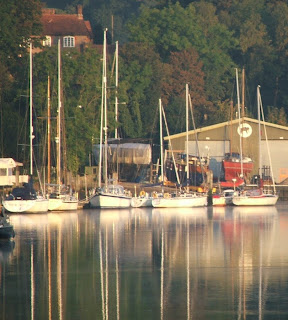 Following my post about Wonder, Tom Armstrong who blogs at 70.8% kindly sent me details of another Itchen ferry for sale. This one is is located in Bristol, Maine and is a 1999 replica based on the lines of Wonder 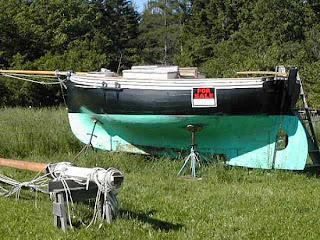 Broker's comments - "This is a historically accurate reproduction of an 1860 Itchen Ferry Cutter. The builder was able to obtain the plans and offsets for the famous "Wonder" and built "Blackjack" to those specs. We sailed her briefly around Maine and I could not believe the interest in her by gold plate wooden boat owners. This is truly a fun boat and stood up very well to 25 knot winds and a 2' chop!" 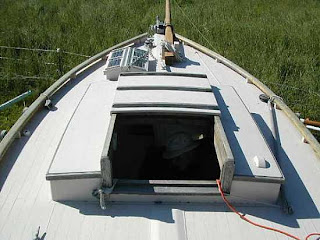 Wonder is a genuine Itchen Ferry, a Solent boat built by the locally renowned shipwright Dan Hatcher around1860.

She was owned by the Nicholay family for many years and two generations, and in total she has passed through only six owners in her long life. Wonder underwent some major restorations at the Newport Classic Boat Museum on the Isle of Wight a few years ago. 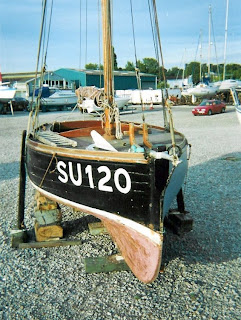 About five years ago, we were able to lend a hand caulking, painting and pumping out for a few days, as the planking took up, while she was in a local boat yard . Sadly we didn’t get to sail her, as before she was rigged, she was moved to a berth at the Dolphin Quay Boatyard in Emsworth. 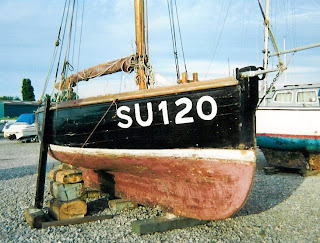 During her 140 years, Wonder has sailed the Solent, only recently having been fitted with an engine. She is now up for sale for at £14,000, I just hope a new and committed owner can be found. 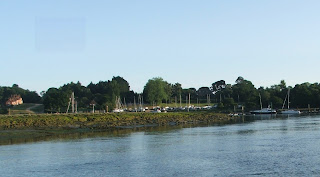 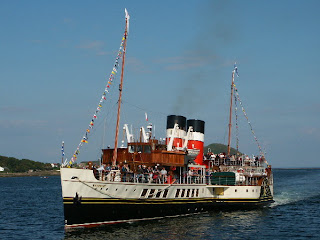 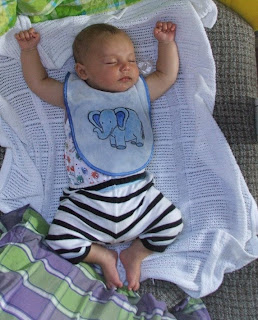 Shortly after and back at our mooring, we gave Joe his late night feed, completely unaware of the minor crisis which had so nearly interrupted his routine.
Posted by Bursledon Blogger at 16:53 No comments: 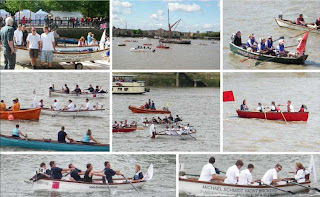 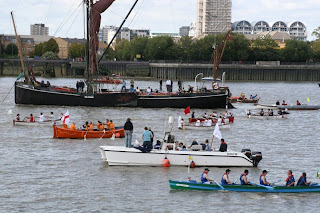 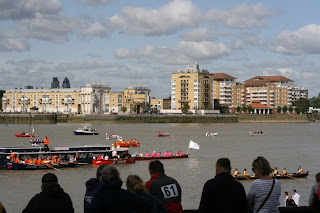 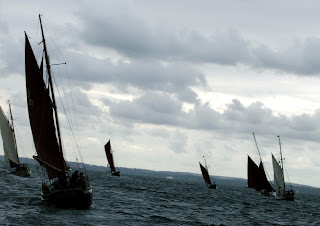 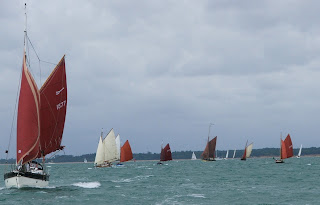 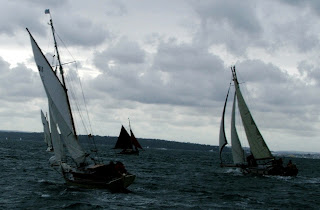