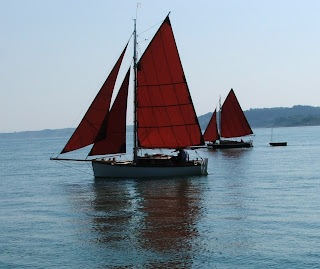 The Old Gaffers Association might sound like a bunch of retired factory managers, but it is in fact a group of people who sail and enjoy traditionally rigged sailing boats.
The gaff rig features a traditional four sided sail supported at the top by a spar called a “gaff”. The association aims are to preserve interest in and encourage development of Gaff Rig, and to participate in the maintenance of our Maritime Heritage.
It is over 50 years since the first OGA race in the Solent and the area is well represented with many fine examples of these lovely craft, of all shapes and sizes. There are some great pictures of the 2008 Solent Centenary Chase which took place off Yarmouth last year. If you’re in Hamble or Warsash this weekend look out for some of these boats moored up on the Warsash jetty.
There will be several Old Gaffers events and races during the 2009 season, but the one to really look out for is Bursledon Regatta, held at the Elephant Boatyard over the weekend of 29th and 30th August. The Solent Area OGA will hold their Annual Race & Rally as part of the regatta festivities
Posted by Bursledon Blogger at 19:34 No comments: 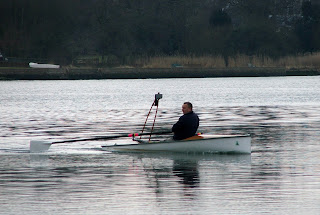 Some high tech rowing took place off Swanwick Hard at the weekend. Paul Zink has been working on the design of a coastal rowing boat the Clovelly Scull for about four years. He kindly brought his latest prototype down to the Hamble.
Exhibited at the 2008 Earl's Court - Sail, Power and Watersports Show, the design features a carbon fibre sliding rigg, where the oars slide back and forth rather than the more conventional sliding seat design.
I normally row a fixed seat skiff, but I found Paul's design very easy to row, and both fast and stable. For coastal rowing I believe the open cockpit and low stern are very important features, providing self draining capability and give good access from the water in the event of falling overboard.
I was joined by Chris Partridge of Rowing for Pleasure and Ruth Wake of Langstone Cutters both experienced sliding seat rowers, who were enthusiastic about Paul's design - for more photos and details please see Chris's Blog.
Posted by Bursledon Blogger at 07:28 No comments:

I went to get a haircut yesterday. 'Little Sean' the barber, who knows I sail, announced that he was "doing the Volvo Ocean Race".

Suitable impressed, I asked him when it was leaving, only to be told that he's an online competitor in a virtual version of the race.

Check out the link http://www.volvooceanracegame.org/home.php there are over 100,000 competitors sailing virtual yachts around the virtual world.

If you read Tillerman http://propercourse.blogspot.com/ who's Laser sailing exploits include trying to sail more than 100 days during 2008, a virtual Laser event might be just the thing,or maybe not.
Posted by Bursledon Blogger at 15:29 No comments: 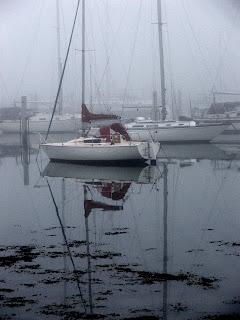 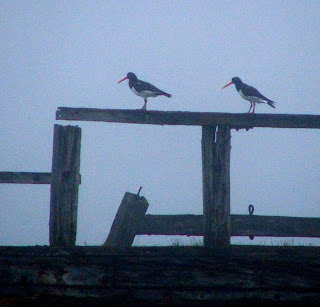 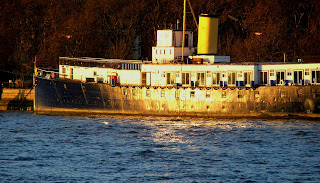 OK, so clearly not Bursledon.
I'm fortunate to be able to work in the City (Financial District in London) and often take a few minutes out to walk along the river, back to my office on the South Bank after a busy meeting or two.
This was one of those winter days, cold, clear and sunny. The fading light reflected off this ship, which is permanently moored on theThames Embankment just upstream from Blackfriars Bridge, certainly brightened up my day.
Posted by Bursledon Blogger at 17:17 No comments: 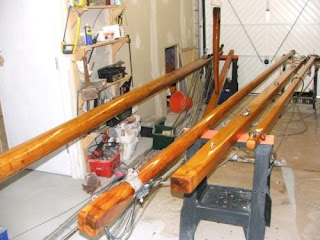 Three masts, three booms, two gaffs and a bowsprit, all needing a few coats of varnish before the start of the season - there are also two sets of oars which could do with some attention but they will have to wait!!

The aim is to have them all looking like poured honey, but the reality is they will look smart, but no where near the polished perfection to which I secretly aspire.

Work, life and getting out on the water all get in the way!
Posted by Bursledon Blogger at 04:21 1 comment: