Lutine in the morning light

I've posted about Lutine before, but just came across this photo of her from last year, looking fantastic in the early autumn morning. 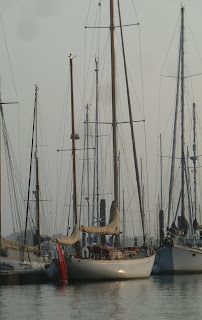 Winter days - not all bad

As the daffodils come into bloom, the days draw out and the warm spring sunshine takes over from the grey of winter, it's nice to remember we actually had quite a few nice winter days in the past couple of months. 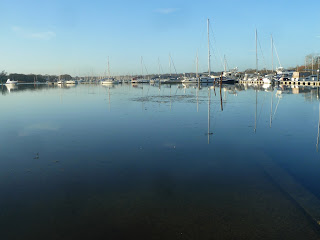 Above perfect day for rowing, it was almost a shame to disturb that mirror like water. 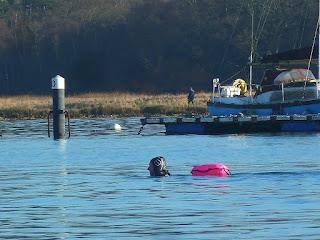 Great day for open water swimming, hardly any boats about, flat calm and no tide running during the stand. 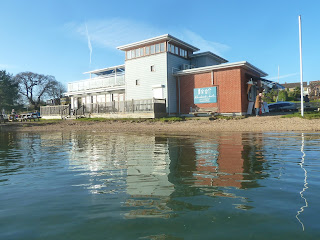 The cafe on the foreshore was serving hot drinks and cakes. 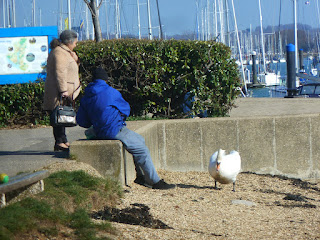 I got the impression that feeding the swans was a regular thing, he/she was coming right up and taking food from the man's hand and seemed very relaxed in his company.

My reader will know I have a thing for classic gaff rigged yachts, so no surprise that I noticed when Maude turned up on a mooring in the river recently. 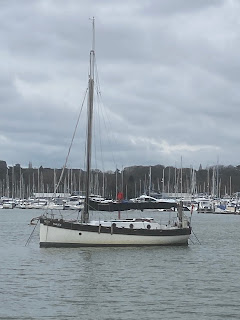 I'm fairly sure that she's a Tamarisk 29, built in GRP on the lines taken from a early 20th century Falmouth fishing boat. I'm pretty sure we viewed her over at Thornham marina about 15 years ago when she was for sale and liked her a lot, but decided to buy Greta instead. 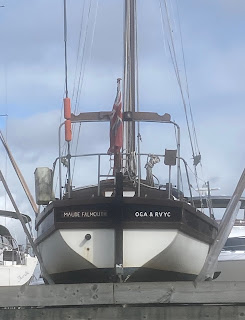 Look forward to seeing her sailing.

Apologies to anyone who clicked here hoping to see re runs of 1970's Top of the Pops.

I recently found some interesting old charts which were being thrown out, this first one, all colour view of the Isle of Wight , the Solent and Spithead price Fifteen Shillings (75pence) puts it pre decimalisation which was 15th February 1971, but actually the correction at time of issue is 23/11/1962 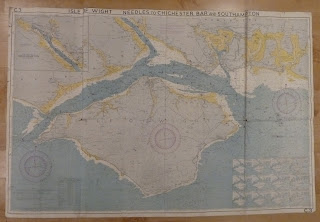 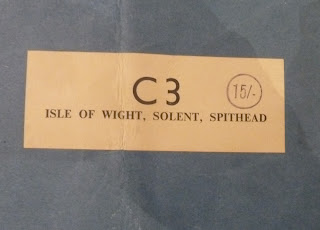 The second is by Imray, Laurie, Norris and Wilson Ltd, who operate from a very lovely old building , Wych House in St Ives in Cambridgeshire. Although black and white, it dates from December 1977. 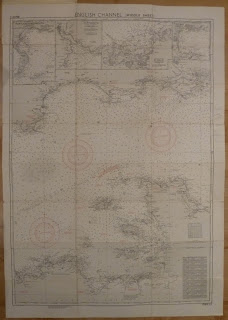 The detailing is really lovely and many of the notes appear to be hand written . Soundings are in fathoms and heights in feet. Tidal directions are in Knots and probably still accurate enough to use today. 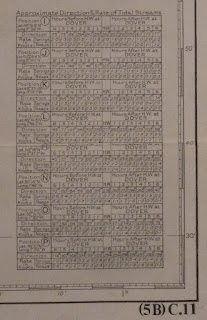 I'm not really into collecting but it just seems that these are bits of history and work preserving.

"He said park it over there behind the hedge" 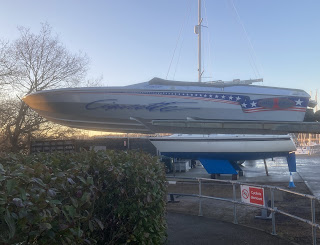 With a 9.00 HW, no wind and the prospect of sunshine I took to the water for a winter row. 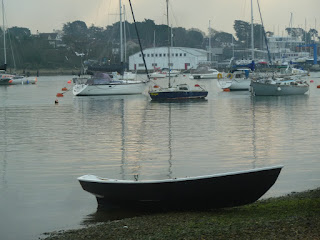 Sadly the low cloud hadn't read the same forecast and hung around to cast a grey misty pallor to the river. 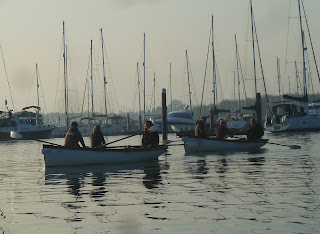 I wasn't the only one to take advantage of the calm, windless day, two Hamble Gigs were out on the reach down to Mercury.

Hopefully winter is now behind us, but just a reminder of those times when the days were short, it was way too cold to go sailing and there wasn't even enough wind for the RC models to make way. 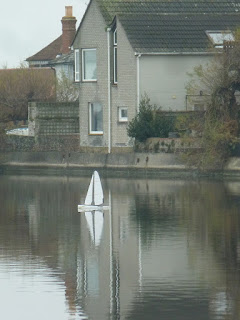 I received some pics of unfortunate boats down at Netley Cliff SC from friend Greg, the first picture is especially bad as the trailer lying twisted under the bilge keeler belongs to Greg, his boat was safely on it's mooring and was unscathed.

It's quite a sobering picture as one of the benefits of twin keels is the ability to take the ground. 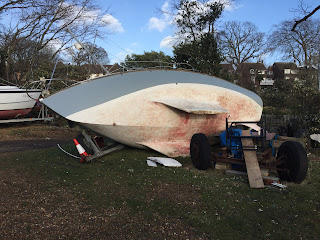 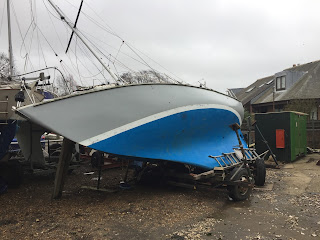 Fortunately no trailers were injured in this case. 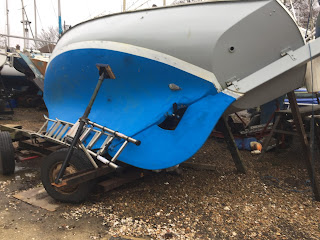