It's been quite a while since I featured and indeed have seen yacht Opus on the river, so it was quire a surprise to get the following email and pictures from Derek relating to the 1971 Fastnet.


"A friend and I crewed on Opus for some time in the early 70s.  The owner, Maj. John Dennistoun, told us he had bought it from Brian Cooke soon after the transatlantic race.
She took part in 1970 Cowes Week and in 1971 was a participant in the 1971 Fastnet Race.
Opus was not particularly fast but always felt very safe even in bad weather. Both owner and crew were not that experienced so feeling safe was a high priority!" 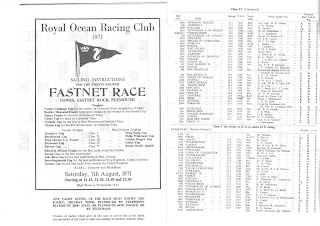 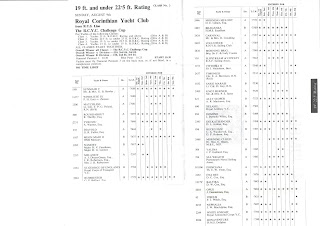 Thanks Derek for some fascinating historical documents.
Posted by Bursledon Blogger at 06:30 2 comments:

I've mentioned Les Prowles yacht before, seen here on the hard on a cold winter day, she seemed as if she is calling for the open sea, with wind in her sails and a far distant horizon.

We seem to go to Emsworth more often in the winter which is a good place for lunch and a walk around which usually offers an interesting boat or two. 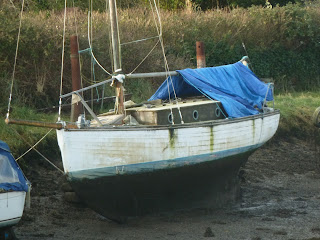 Less and less wooden boats like this nice cruiser still around, the cost of upkeep and especially moorings contributing to their disappearance 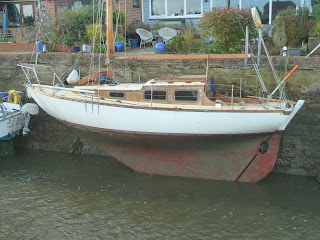 Pretty sure this is a SCOD - South Coast One Design designed by Charles Nicholson and billed as the affordable classic. What a great place to keep a wooden boat, just a few steps away no excuse for not doing all those small maintenance jobs and touching up the varnish. 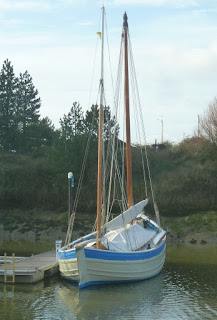 Following what feels like weeks of rain and high winds, Saturday morning opened cold and still so I headed off for an early morning row. 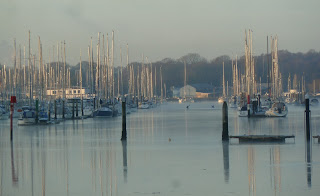 Circle mists were rising off the river, the surface was like glass. 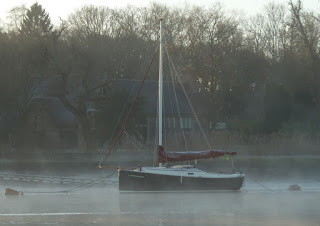 There was still some overnight ice around as the sun just stared to rise over the trees and light the western shore. 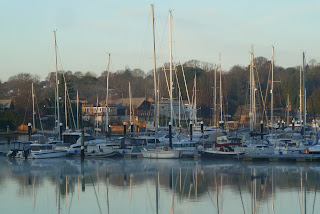 I had the river pretty much to myself apart from a lone yacht, the  RAFYC launch and a couple of kayaks - doesn't get much better.
Posted by Bursledon Blogger at 06:30 3 comments:

One of the best motor boat names 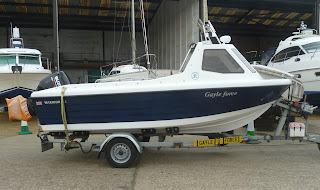 Alas our local wreck has suffered significant deterioration over the past few winters.

At high water there isn't much left other than the starboard rail leading up to the bow. 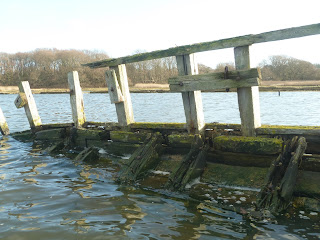 It's sad but interesting watching the gradual, slow decay - here's the view in 2016 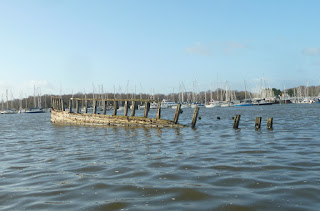 Not so mystery boat 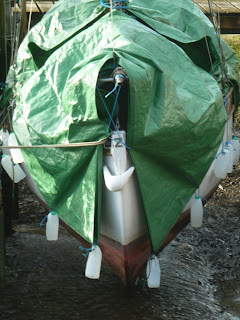 It's taken a few years but work has begun on the development of Dolphin Quay in Emsworth. 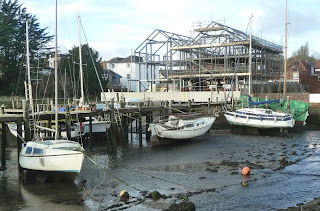 Formerly a quaint, traditional old yard which attracted more than a few interesting old boats, with drying moorings right at the top of the creek. Now being developed with townhouses and waterside des-res.

I wonder how long the boats will be able to stay on?
Posted by Bursledon Blogger at 06:30 3 comments:

Given the amount of recent rain if your dinghy is left afloat it might be a good idea to go down and bail it out. 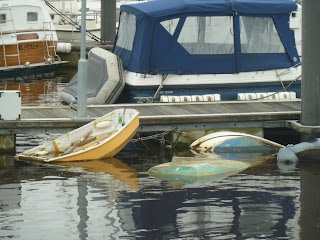 A small fleet of Lymington River SCOWs from the Royal Lymington YC were out on a cold winter Saturday.

Making a colourful sight on what was a dark and dull day . 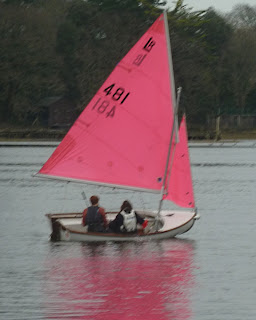 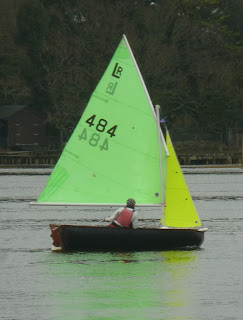 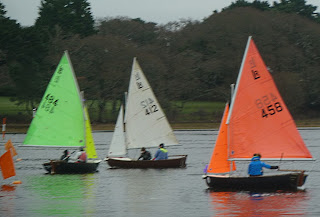 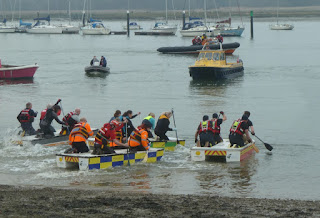 The assembled teams launched from the foreshore, heading out onto the river.
Below the all women ambulance team chase the firemen ,while the police and Hamble lifeboat teams took a different course through the moorings. 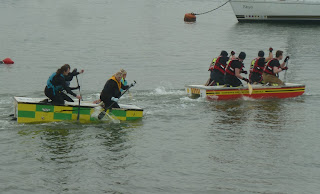 The Hamble lifeboat team heading for the finish line, the Firemen finished second, third place the Police and the Ambulance crew coming forth. 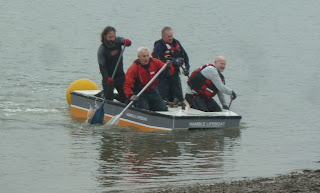 What a good way to start the year.
Posted by Bursledon Blogger at 15:52 2 comments: