The number of boats on the Hamble for Bart's Bash was well down on last year, but it was still a nice way to spend Sunday and a good excuse take out Tosh our Cornish Cormorant. 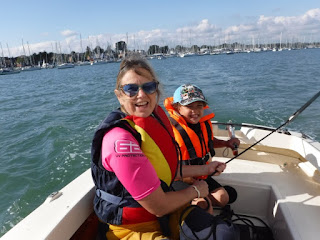 Joseph was keen to show mum and dad what he'd learned on his recent RYA 1 and 2 course.

Lots of friends from were out on the water including some much faster boats like this RS Vision below. 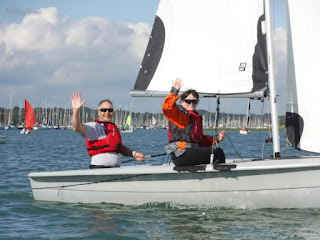 The HRSC handicap us really badly (boo shame I hear you cry) so we have a tough time even against Mirrors and and RD Fevas. 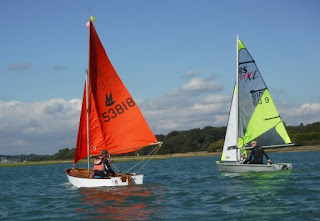 I will put my hands up to what was possibly the worst start of my entire racing career, but we were soon overtaking some of the stragglers and later in the race one or two boats who appeared to stop off presumably to dig for lug worms in the shallows, they probably would have done better using a spade rather than the centerboard though.
Posted by Bursledon Blogger at 06:00