There's been a Kestrel 22 in the harbour at Hill Head for several years so this may or may not be the same one, but it's certainly a nice and well kept example. 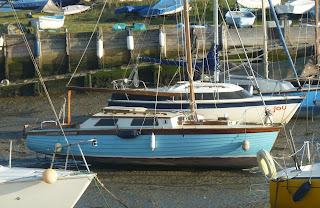 The Kestrel One Design Class dates from 1955 to a design by J Francis Jones, a former pupil of the famous naval architect Kim Holman.  Jones, from Woodbridge, Suffolk was inspired by shoal-draught sailing on the East Coast and incorporated strong clinker (lap-strake) construction with  a lifting keel. 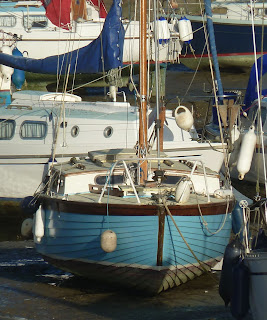 Following the Flying Marrow,we spotted this beast in Hamble, looking very much like a Lotus 7 (or Caterham 7). 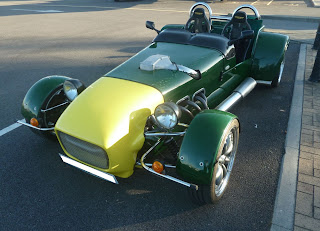 Apologies is you can't see from the picture but that inlet manifold sticking out through the hole in the bonnet says 3.9, presumably a large capacity version of the all aluminium Buick/Rover V8 engine and which by the look of things is attached to a turbocharger. 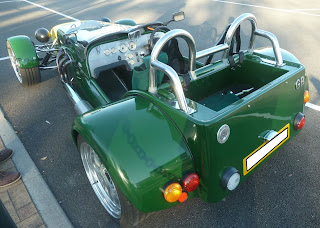 No windscreen just a couple of carbon fly screens to divert the airflow, think I might want to drive this wearing a crash helmet.
Posted by Bursledon Blogger at 06:30 No comments:

In the yard over at Emsworth, no idea what she is, nor history, sadly no one around to ask. 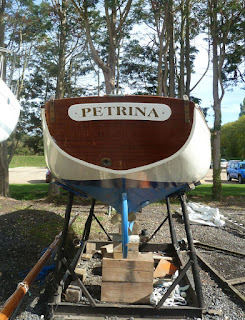 Lovely profile and coach roof, might be a little challenged on space below but who cares 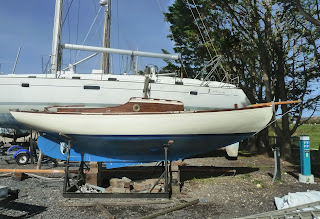 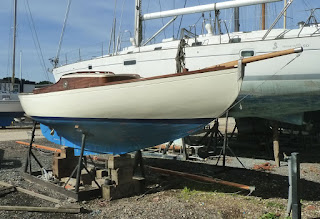 I rowed past and stopped to take a close up, or at least relatively close up, all the while he or she sat there totally unperturbed but keeping an eye out just in case. 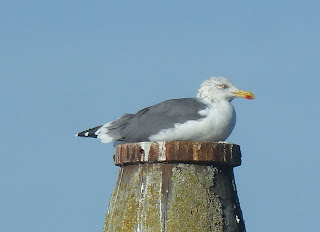 Drifting past more due to tide than light winds I noticed that our local MOD70 trimaran has changed names. Formerly Concise 10 it's apparently been bought by PowerPlay Racing and being prepped for the Rolex Middle Sea Race, followed by the RORC Transatlantic Race after which a  racing programme will continue in the Caribbean and United States for 2019, so looks like we won't be seeing her in the river for a while. 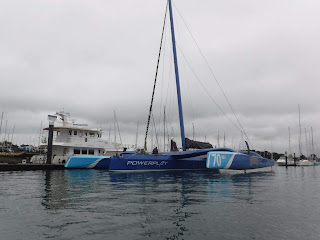 With these mega expensive racers someone asked if the Nordhaven was the support boat, could be. 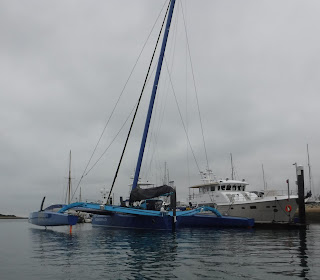 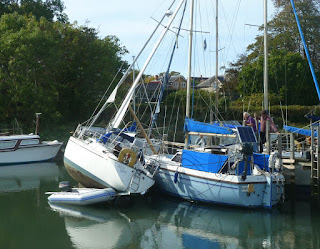 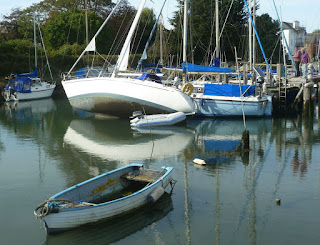 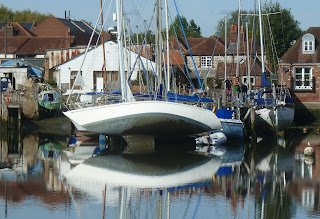 Spotted outside Bistro 8 where we'd stopped for coffee while we were walking back along the river. 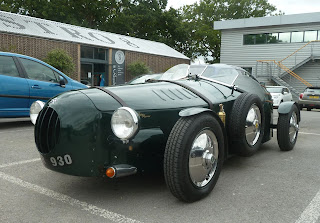 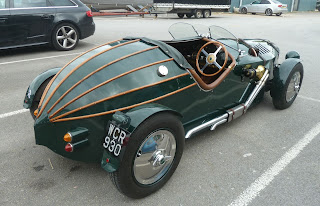 The turtle back rear end is very interesting, I guess I might have called it the flying turtle, but maybe the owner saw something different or perhaps is vegetarian?. 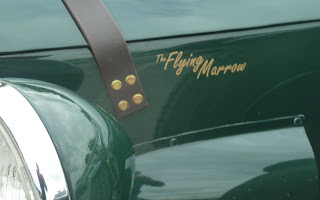 Calm before the storm, still, overcast, grey, all the signs that the vernal equinox has passed and season is coming to an end, the town quay at Lymington unusually empty at high water. 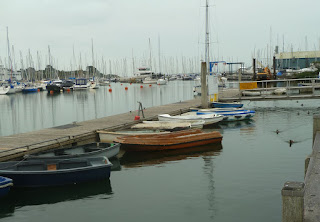 A few interesting boats still out on the moorings like this stealth style motorboat. 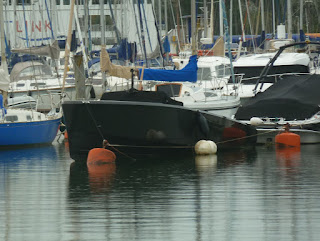 And a very nice little cutter. 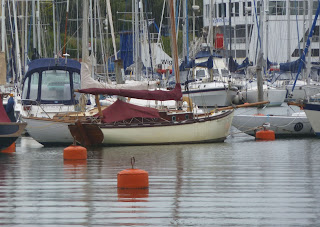 Down at the slipway a visiting fleet of 420's launching into the very light winds, for the moment at least. 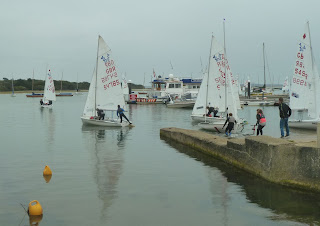 Despite living a few miles away for over 20 years this is the first time I've walked the two miles of river and canal which link the village of Titchfield to the sea at nearby Hillhead. 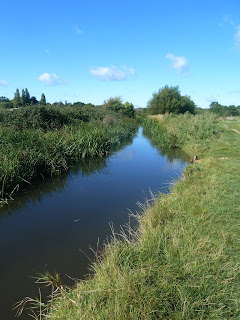 Actually we did try to walk it about 10 years ago in mid winter but muddy paths and flooding made it impassable. Apparently the man made waterway runs parallel to the river Meon and there is some debate as to whether it was ever navigable but strong evidence that it was used to provide irrigation to the surrounding water meadows. 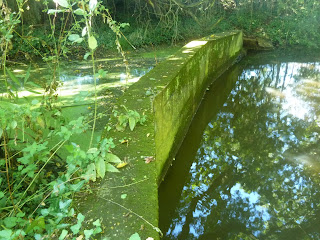 The river is diverted and runs to what looks like a more natural course through the now Titchfield Haven wildlife preserve. The canal like section continues a very straight course toward the sea but as can be seen is very still and covered with growth. 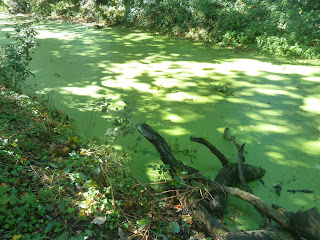 The river now exits into the harbour at Hillhead where there's a cafe which is a welcome break or slightly further along the foreshore is the Osborne View pub. 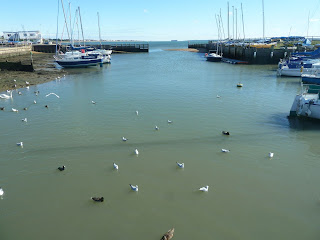 All in all a very nice walk, with lots of wildlife, we even saw a couple of birds of pray and what might have been a kingfisher.
Posted by Bursledon Blogger at 06:30 1 comment: