We're staying in Attendorn, a small town in the Sauerland region of Germany, surrounded by the Ebbe and Rothar mountains.

To celebrate Easter teams representing the four historic town "gates" go out into the hills to cut down a tree. Having hauled the trees on hand carts to the square outside the main church, amidst friendly competitive rivalry the trees are measured for length and girth. The winner was over 30 meters in length and was celebrated by some beer drinking and songs. 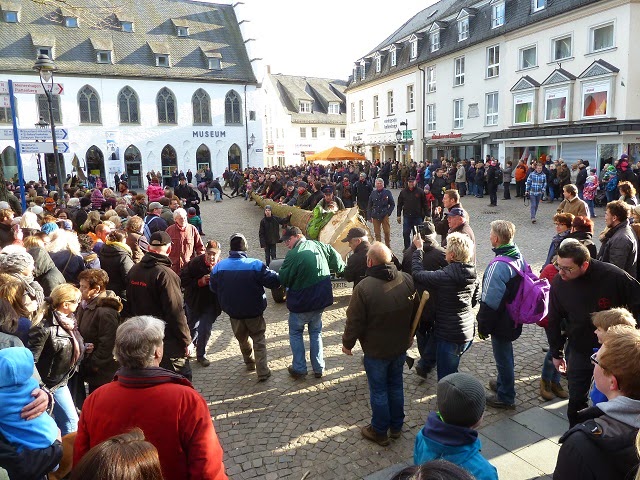 Each of the four trees are taken out to surrounding hills where each is erected by hand to form a giant cross. On Sunday evening at dusk fires are lit and the locals gather to light burning staves. They are wood staves, roughly three inches diameter and about a meter long with one end split, allowing it to burn quickly in the fire and is used as a giant sparkler,

The health and safety brigade would be going apoplectic, but it was all very good natured with children and adults joining in, no police or officialdom and more than a few litres of beer being served. 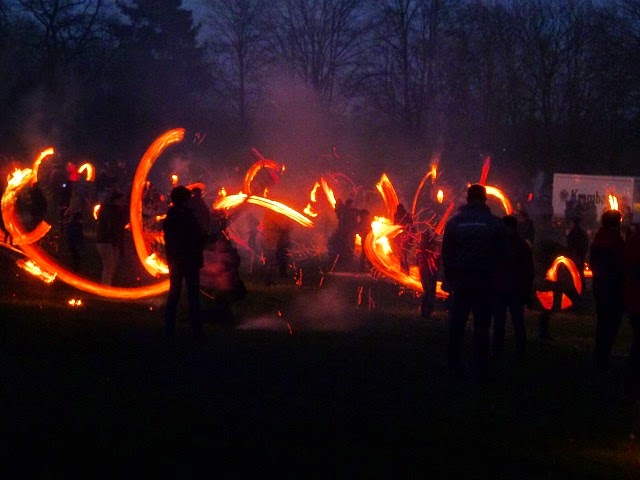 At 9.00PM the cross on top of the church down in the town was illuminated, at which point the flaming brands were thrown onto the pyre at the base of the cross which immediately went up in spectacular flames. On four hills around the town the trees which were felled the previous day can be seen burning, in the picture you can see another one in the distance, across the valley. 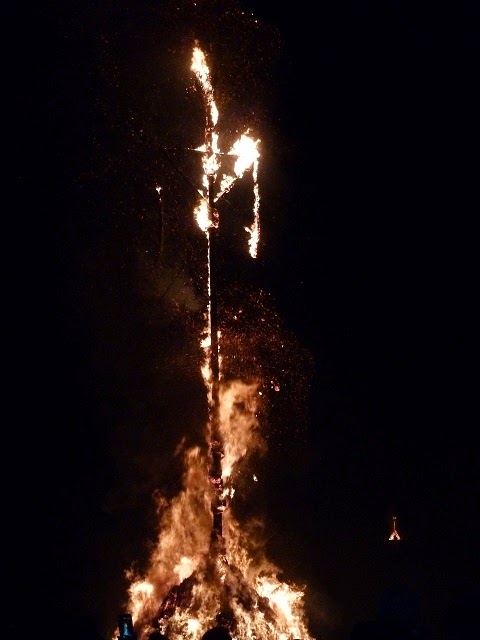 The celebration goes back centuries and is enthusiastically followed today, with a real sense of community.
Posted by Bursledon Blogger at 09:09