I took the rare opportunity between meetings to walk along the Thames South Bank and although I've seen HMS President before, it always makes me smile. 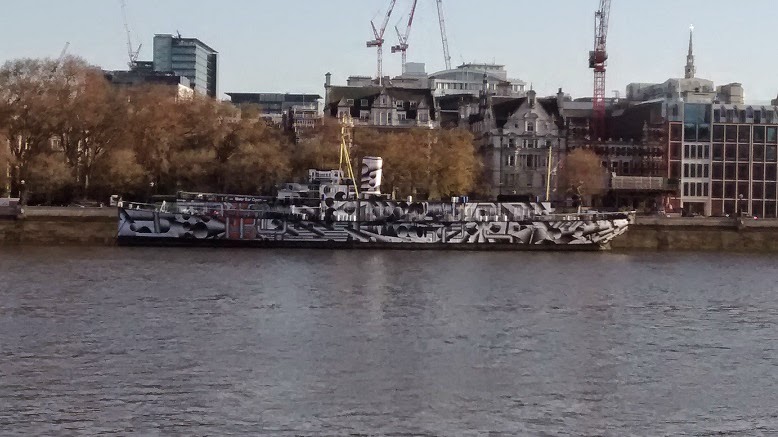 Built in 1918 the ship originally HMS Saxifrage, was "camouflaged" by the artists Norman Wilkinson and Edward Wadsworth, the latter one of the vortist movement. The idea was to confuse rather than hide the ship, the graphic and modernistic forms will be instantly recognisable by anyone who studies art and design history, ironically described as modernist despite being 100 years old.

The modern recreation was carried out by Tobias Rehberger
Posted by Bursledon Blogger at 07:00