We took Joseph up to London to see a few of the Christmas sights and lights. Joseph was very determined to see Big Ben and the House of Parliament, back in November at school they'd been learning about Guy Fawkes and the gunpowder plot, the sort of history subject that fascinates five year olds. 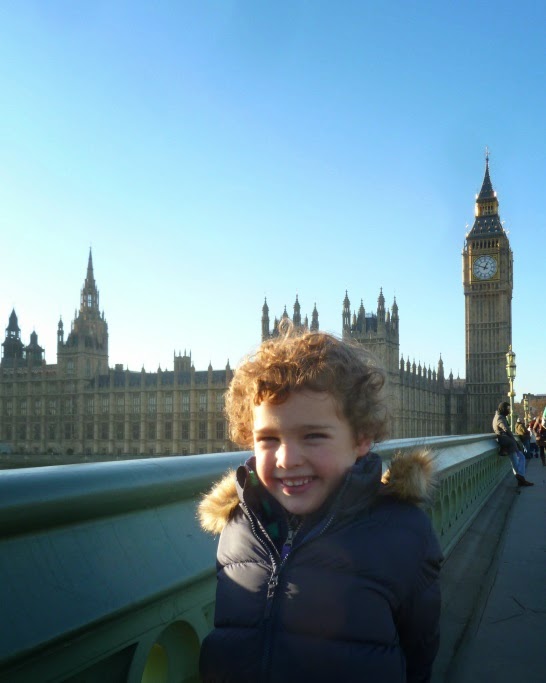 The organised queue outside Westminster Abbey was just too much so we went into the adjacent and delightful St Margaret's Church where and there was an organ recital. I reluctantly complied with the no photography signs, but if you visit, the stained glass windows on the east side depict the funeral of Admiral Robert Blake 1657 with the most detailed and exquisite depiction of the Thames and Westminster Abbey. 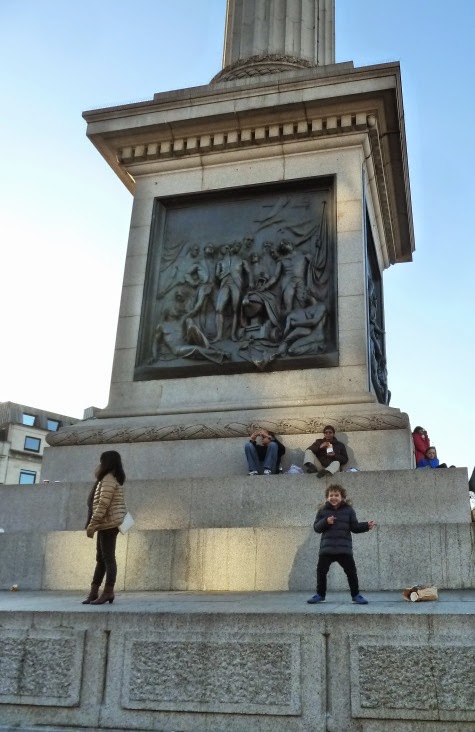 A little later in Trafalgar Square, Joseph was showing no interest in the giant blue chicken,  rather he was treating our most famous monument as a playground along with the other kids.

The winter market in the South bank was great and Joseph watched fascinated as a street performer lay on a bed of nails in Covent Garden.

As it stared to get dark we walked up through Leicester Square and Piccadilly Circus to see the lights in Regent Street. It was very, very crowded and the lights were really underwhelming. The most disappointing visit was Hamley's the world famous toy shop which was manically crowded, run down and had five floors of mostly tat, I know it's been about 50 years since I went there as a child but I remember it being very different, even Joseph wasn't that interested. 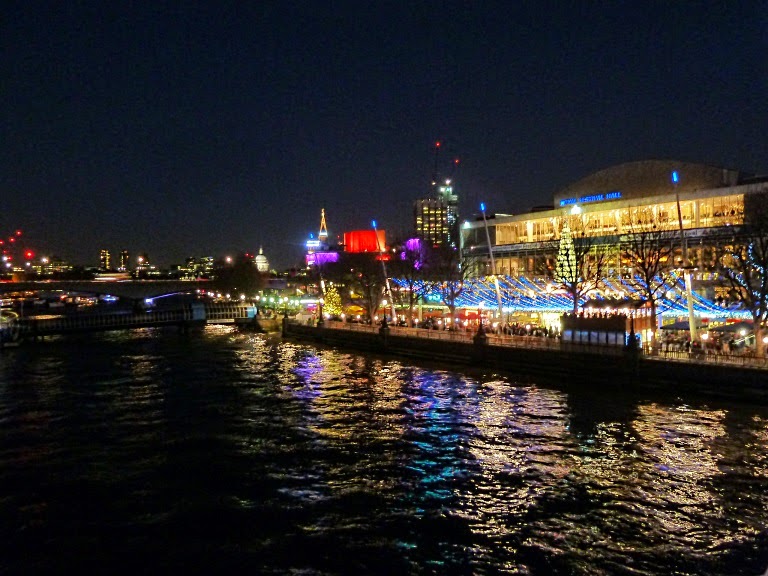 On the way back we got off the tube (another exciting first for Joseph) at Embankment and walked across the bridge to see a terrific view of the lights on the South bank, where we stopped off for a glass of mulled wine before catching the train home
Posted by Bursledon Blogger at 04:00