Joseph has been really taken by Kayaking, it might just be because he gets to ride on the two seater and we also bought him a powerful, big capacity water pistol and he takes great delight in soaking whoever is in the single kayak. Whatever the reason when it came to choosing what to do on Sunday morning he chose kayaks so we duly launched at the club for a paddle down the Hamble. 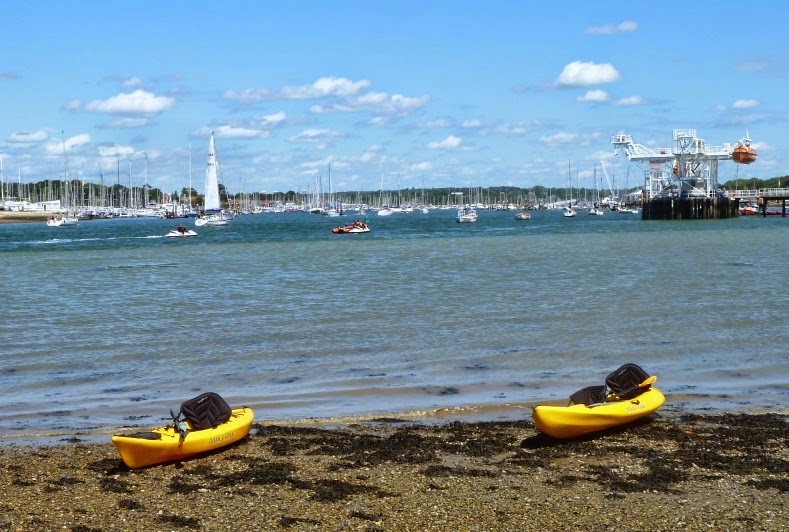 We paddled down to the river entrance on the last of the ebb and went ashore to explore the shingle bank which in normal circumstances we would keep well away from. 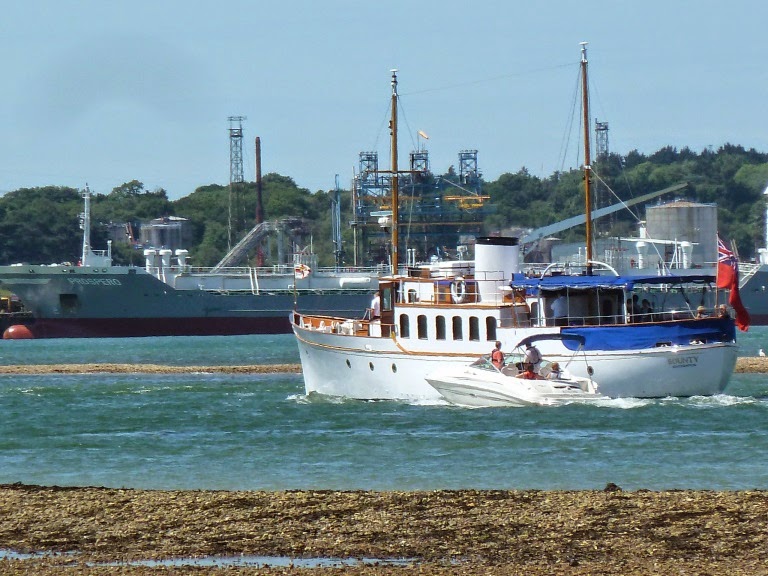 It was nice to take in the unusual perspective on the Sunday morning Hamble scramble. 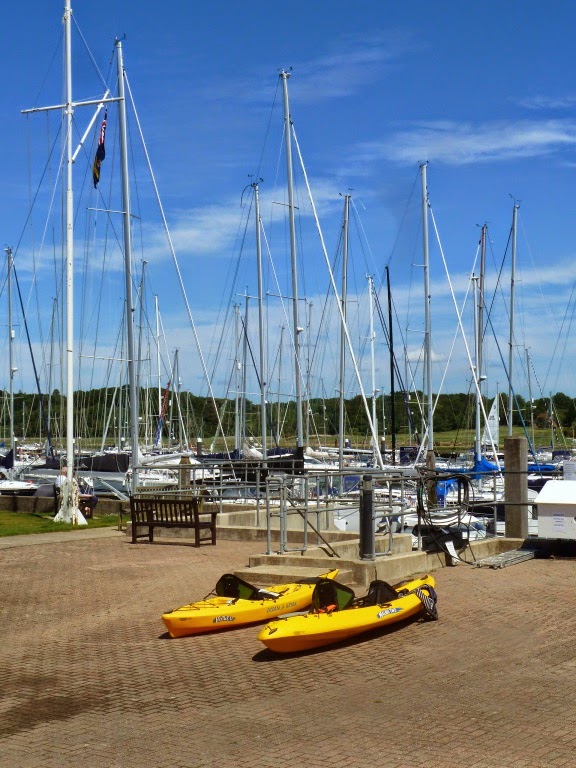 Later back at the RAFYC the boats were washed off with fresh water and left to dry while we had lunch with friends. I think it was Phil Bolger the very original American boat designer who said something along the lines that a you can have more fun, more often with a kayak than any other type of boat.
Posted by Bursledon Blogger at 03:30