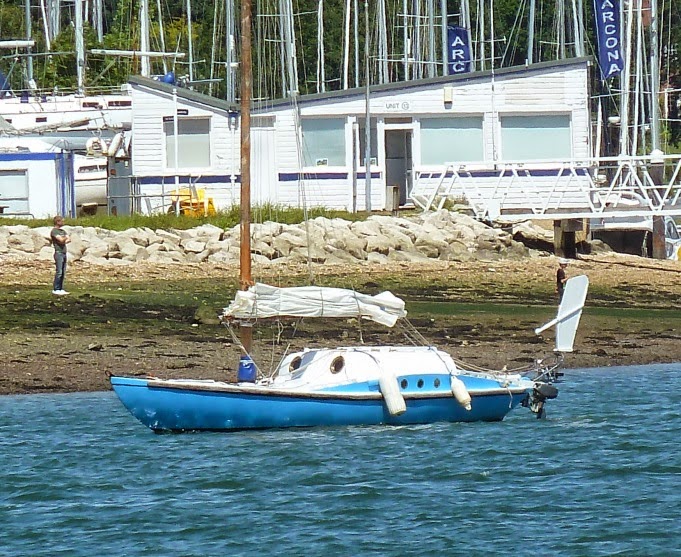 Sister ship to Jester a reworked folkboat sailed byBlondie Haslar, which he developed for single handed sailing. Radical features were the completely enclosed accomodation(slightly reminiscent of a world war two nissan hut) and theChinese Junk Rig. The combination of these two elements allowed the boat to be sailed from the comfort of the cabin and was a major safety feature offshore.

Sailed by Tim McCloy in the 2012 Jester Challenge
Posted by Bursledon Blogger at 03:00