The Hamble River mooring Holders Association sent out a newsletter saying that during the recent storms two boats  sunk and another was swamped. Given the intensity of the storms with 3500 boats packed into the river perhaps that not such an unexpected statistic.

Whether this was one of the sunk or swamped I don't know, it was still stranded up on the hard on Sunday morning, which was warm, bright and flat calm. 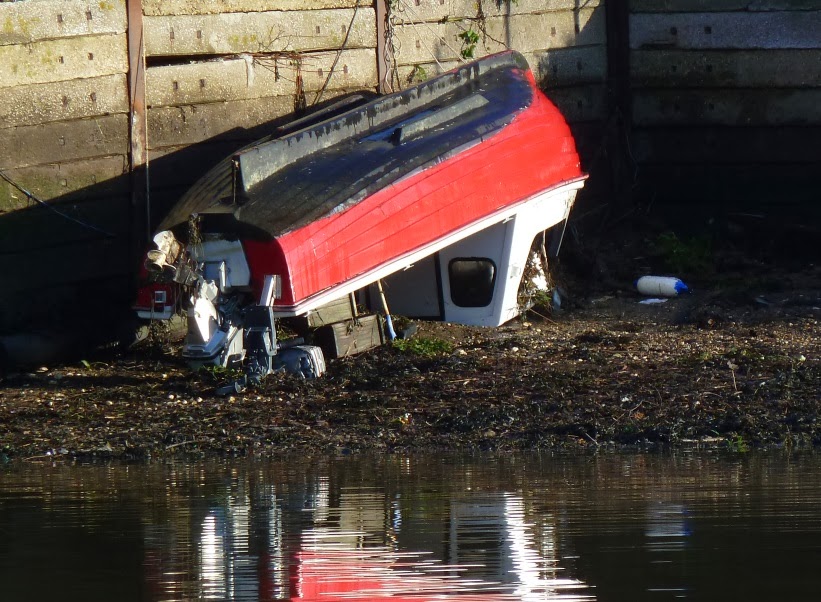 The Hamble Harbour Office staff came in for praise and thanks, some coming in to work over the Christmas holiday to help with the emergencies. Apparently over the winter they have replaced some 400 meters of mooring lines, which presumably were broken or inadequate.

The situation a little later at HW suggests that maybe this boat was beyond it's point of vanishing stability. 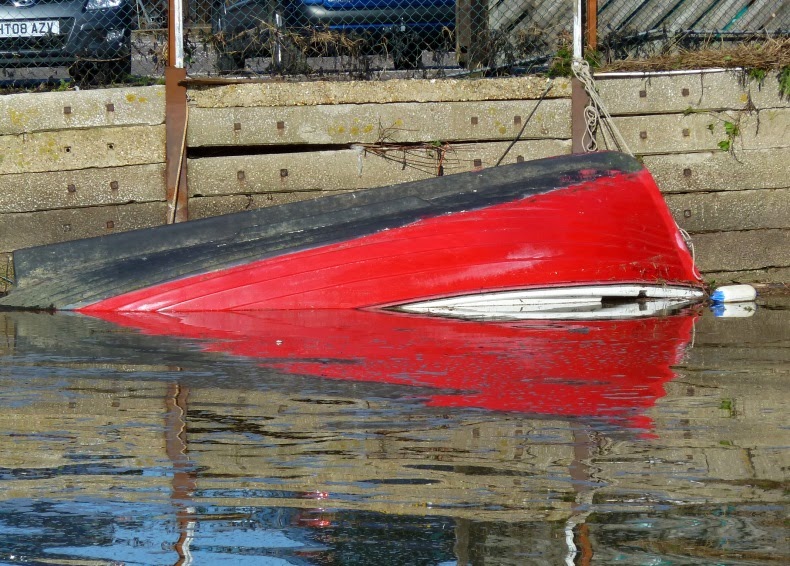