If not quite the hurricane force winds which were being predicted in the media, it's been a bit of a breezy weekend, most of Saturday afternoon it's been blowing at an average of over 40 knots with gusts over well into the 50's. 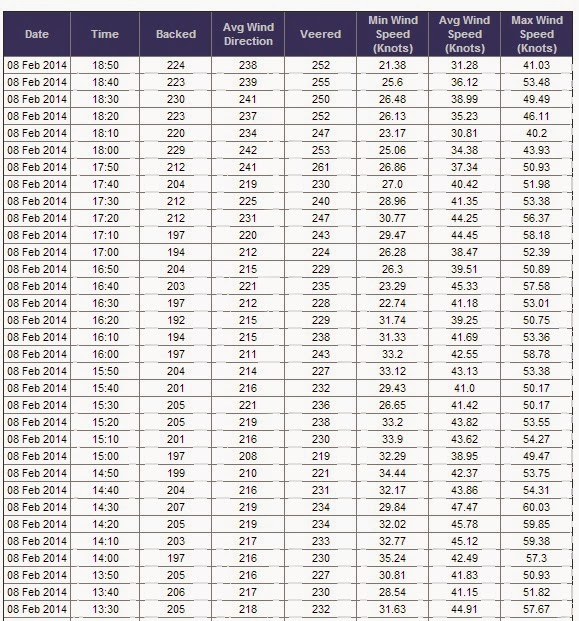 The recordings above are from Hurst Castle wind data for Saturday, which is one of the more exposed points in the Solent, forecast winds along much of the south and south west coast were similar, fortunately we're on a neap tide with lower, high water levels than a week ago if that makes sense, but I'm sure it's been a challenging day at some of the more open and exposed places along the coast.

Overnight the winds have been stronger, with gusts in the high 60's and touching 70. The average sustained wind speeds between 40 and 50 knots makes this gale force 9 possibly 10 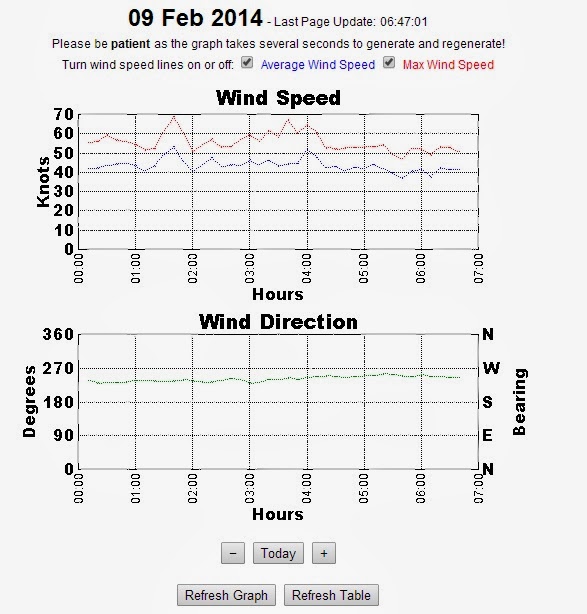