A small fleet of SCOWs had gathered at the Royal Lymington YC pontoon on between Christmas and New Year, the bright coloured sails making a fine sight against the winter background. 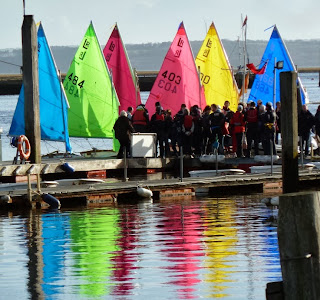 There was a race of sorts which seemed to be in the river just off the RLYC to a turning point about 200 yards down stream, of course there was the odd moving hazard to make things more interestings. 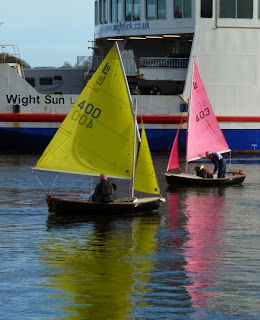 All the sail numbers are up in the 400's so all reasonably new, according to the Lymington SCOW class news letter new boats continue to be built at around 12 a year. 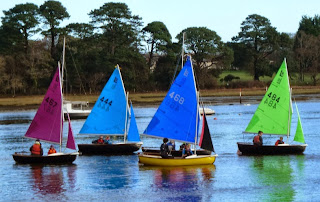 Erica's "Nottingham" SCOW is just about complete, with all the building work going on throughout 2013 and several other boats to sail Lollypop is languishing at the back of the garage but should be seeing the water in the spring.