On a cold wet Saturday, with evening coming on around four thirty, smells of dinner cooking slowly in the kitchen, what could be better than browsing through old magazines and books looking at boats that you would like to sail, like to build and like to own.

Of course the internet gives us so much more scope for meandering around an almost infinite library of sailing and boating information. And so it was that I arrived at the Woodenboat Forum and specifically a post by Brian AKA "the Keyhaven Potterer" asking for 'Nominations for the best 12' sailing dinghy'. Now he didn't actually say what defined "best", but he did qualify that it needed to be wooden and available as plans.

Now I have nothing against the International Moth or Cherub skidding along on foils, it's just not for me. Here though are a few of my favorites. 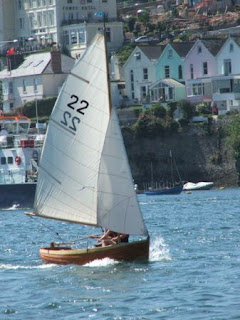 The Axe One Design above is a lovely clinker built (lapstrake) dinghy from the south Devon river. Designed in 1951 specifically for members of the Axe Yacht Club, the A.O.D. was principally a two man dinghy. Each summer the boats return to Cornwall to sail on the Fowey, Fal and Helford Rivers, but primarily to attend Fowey Classics – the highlight of the A.O.D.s summer. 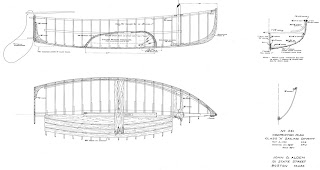 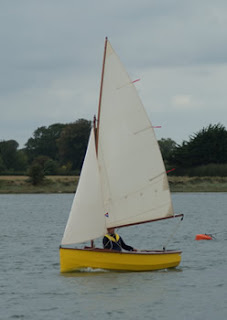 Paul Fisher designed this handy yellow Cegall 11, constructed in the well tried "stitch and tape" epoxy ply method, she is built by Chippendale Craft. Cegall is the Catalan for Snipe. 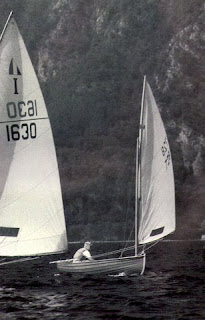 The Italian's have really taken to the International 12 Foot Dinghy Class. Designed by George Cockshott, an amateur boat designer from Southport, over ninety years ago, the International Twelve Foot Dinghy became the first one-design racing dinghy to gain international recognition. Today it is virtually forgotten in the United Kingdom, but the class still enjoys a sizeable following in the Italy, Netherlands and Japan 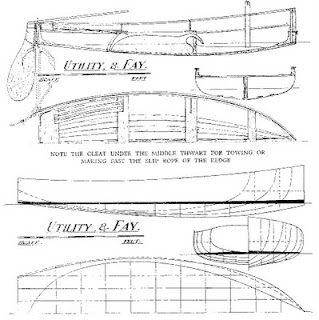 No dinghy round up would be complete without an entry from Uffa Fox, here are lines for his Utility & Fay his own frostbite dinghy. 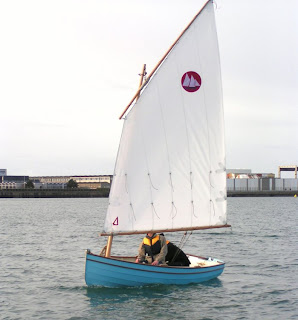 Francois Vivier designed his Morbic 12 as a performance balanced lug sail, with more than a nod of appreciation for the International 12 feet (an Olympic class). More than that, the Morbic is a "sail and oar" boat, able to sail anywhere. 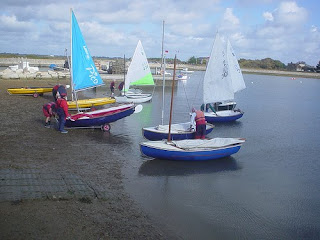 Brian AKA Keyhaven Potterer nominated his local Keyhaven Scow (above), one of the Solent Scows which are common in our creeks and harbours from Chicheter to Lymington. 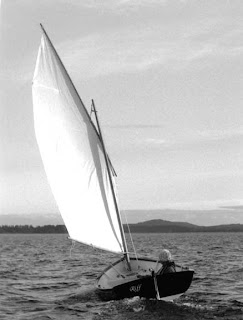 I'd love to sail any or all of these classic dinghies. What a great way to spend a Saturday.