What a fantastic morning, a light frost and the prospect of clear skyes to come, early on there was still that hint of pink in the morning horizon.

Down by Brookland Quay the water was flat calm, despite the wind going around to the North during the night. 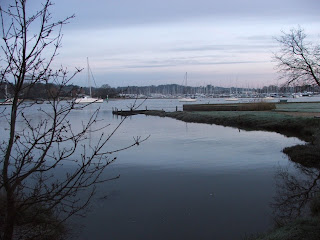 A small stream flows out into the river just downstream of Brookland Quay, approaching high water, the tide had filled what is often a muddy inlet. 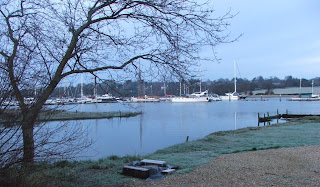 All was still down on the saltings, although I did hear something large stirring in the woods, most probably one of the local roe deer. 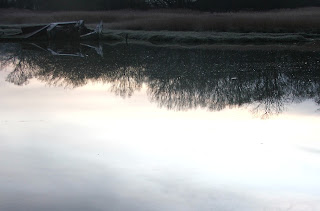 The high tide had just about covered the sea grass and the wind had started to ripple the water out on the more exposed river. 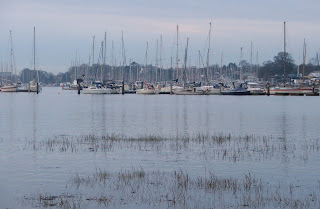