We dropped Joseph off at cub camp and on the way home decided to have an adult meal in the Ferry Restaurant. 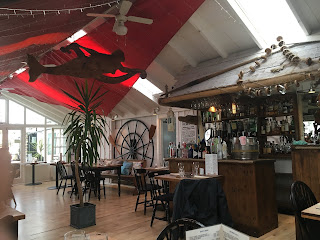 The restaurant is actually the old floating bridge ferry from nearby Woolston, which was retired from service back in the late 70's or early 80's when the bridge was built linking Woolston to Southampton. 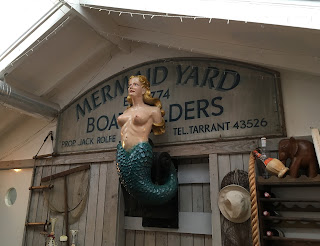 It's been a feature of the Elephant Boatyard ever since and still houses both the restaurant and the yard offices. The Elephant  was also setting for the fictitious Mermaid Yard in the TV series Howards Way and it's nice to see the memorabilia. 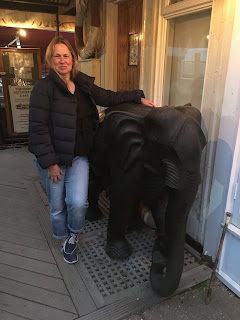 At the entrance the fantastic carved wooden elephant. And below in situ with Roma in the background looking great and ready for her 108th season. 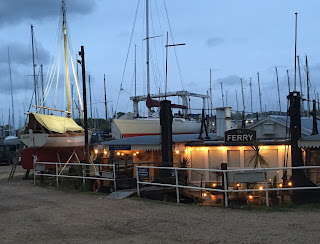 Joseph camped out under canvass while storm Hanna raged overhead, but none the worse for that, we had a nice meal, there's even a happy hour Thursday and Friday so no doubt we'll be back.