Boleh on the hard

I've written about the unusual yacht Boleh before, and it was nice to be able to see her fully while out on the hard at Birdham. 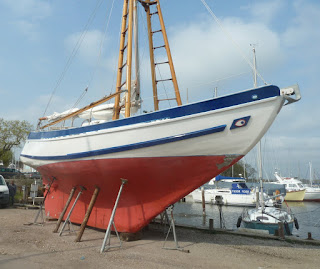 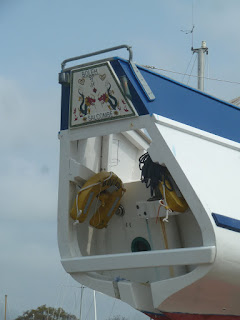 Despite the full keel she has quite a sharp turn at the bilge and a relatively shallow dead rise at the stern, so I image she would have a steady motion at sea. 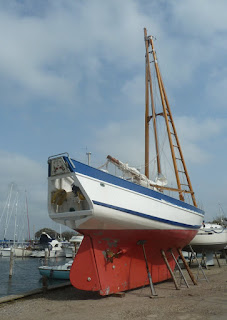 The pylon mast is her signature feature, but I also like some of the details. 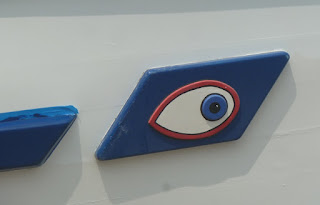