I spotted an unusual group of dinghies near the Caffa Mill slipway in Fowey and went over for a chat, wondering if a new fleet of single handers had been established. In fact they were British Moths sailors who had gathered in Fowey for the bank holiday. 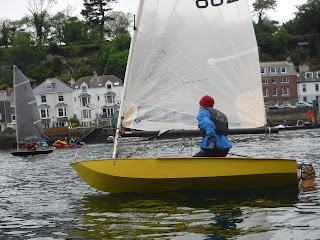 A rare sight along the south coast, there's a small fleet used for training at Salterns near Lymington built by Moth Champion John Claridge and apparently one boat at Netley SC, so it was good to see a fleet of them together out on salt water. The boats were a mixture of GRP and wood and had all come from inland locations. 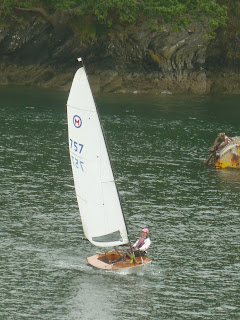 On he water the boats showed their ability to cope with both the light and flukey winds in the protected parts of the river and the gusty, brisk conditions with quite a bit of swell, near the mouth of the estuary. 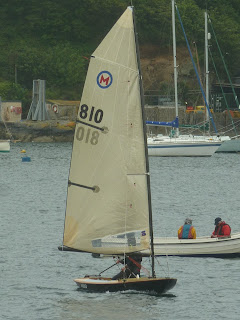 Having got to see them up close on the water from my kayak I can see why people like them. It's a shame the British Moth isn't more popular in Britain.