It was an unusually low tide at Studland as I set off to kayak around the Old Harry rocks which are actually chalk formations at Handfast point in Dorset. 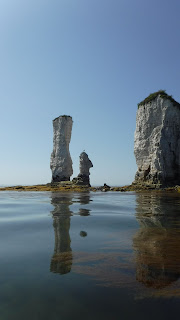 The very outer parts are described as a stack and a stump or Old Harry and his wife. 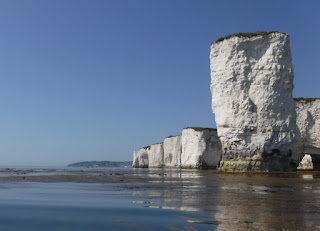 With slack tide and a calm sea it was easy to go right around the point, seen here with Swanage in the distance. 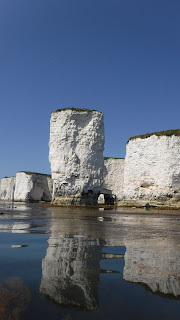 Better still with the tide so low it was possible get up close and see parts which I've never had the opportunity to explore before, like some of the smaller caves and windows. The water was crystal clear. 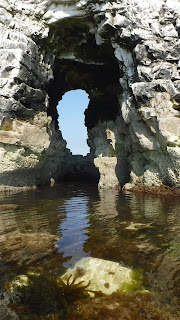 I imagine this low bank doesn't often break the surface, but it made for a nice resting spot and a good reminder to keep well off when sailing past. 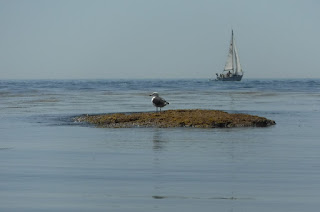 The famous stack, seen from the land side and showing the tidal range, which isn't huge a couple of meters at most. 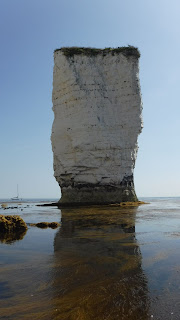