My friend Malcolm asked me to help take his boat back to Port Solent in Portsmouth, not that he actually needed any help but it was a nice excuse to go for an evening on the water and a catch up over a couple of beers. 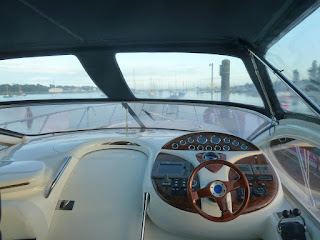 The remains of the unsettled bank holiday weather were still in evidence, but no rain and the wind was SW 15 knots or less as we left Hamble. 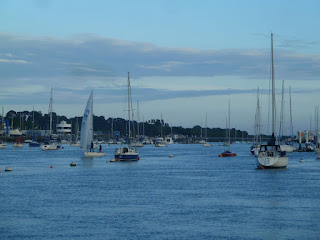 Some spectacular light breaking though the clouds, looking up Southampton water. 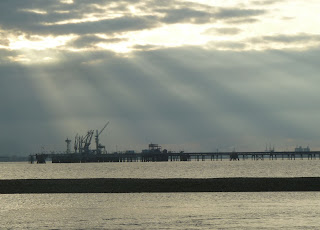 Leaving Hamble and getting used to the boat at 1200 revs. 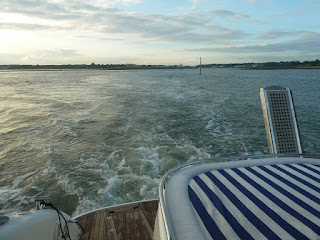 Not long after approaching Portsmouth. 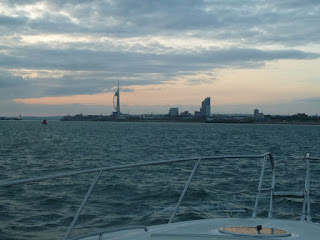 We were going a bit faster with the turbos kicked in and the boat up on the plane, I wasn't really watching the time but it was a whole lot faster than sailing. 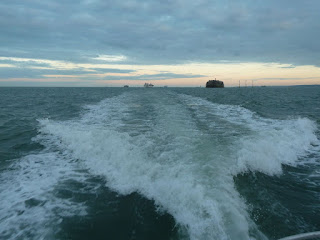