I could hardly visit Venice back in the summer, without looking at the boats, gondolas apart, there were some very interesting, local craft. 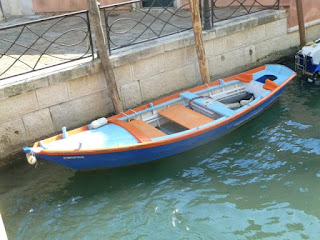 Given the relatively shallow and protected waters of the Venice Lagoon it’s perhaps unsurprising that many were flat bottom hull forms. The narrow beam and light displacement make for craft presumably influenced from the days when craft were rowed along the narrow canals. 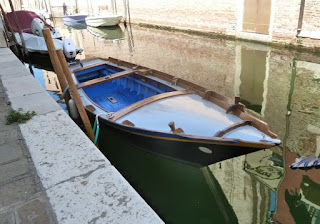 I really liked this boat, maybe it's the sheer but I could imagine it as a good tender for getting out to our mooring on the river. 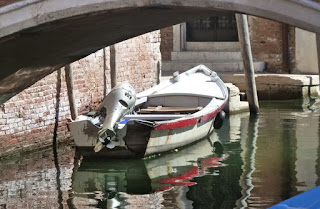 Again long and thin with an up swept bow to slice through the chop, although from the stern it looks flat bottomed so might pound a bit. 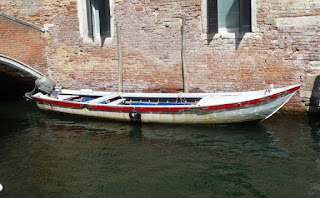 I think this is a Sandolo which is also a traditional, flat-bottomed Venetian rowing boat, but of a much simpler build than a gondola, still rowed with one oar from the stern. 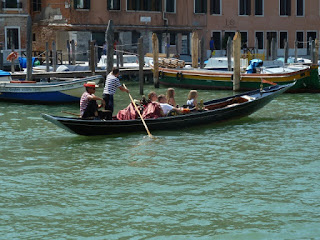 And I presume this is another variation but very much a working boat, which reflects the relatively simple build and painted finish. 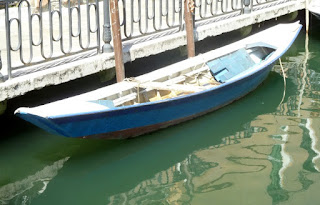 In the course of doing a some research I found - The Gondola Blog which is based in California to represent the interest of Gondola Society of America, worth a read and some great pictures.
Posted by Bursledon Blogger at 06:30