We're staying in Aubazines in the Limousin region of France, which is a hill village, based around a former Cistercian Abbey. Some time around the 12th century the monks decided to divert a stream which runs down the head of the valley to feed a canal to bring water to the monastery. 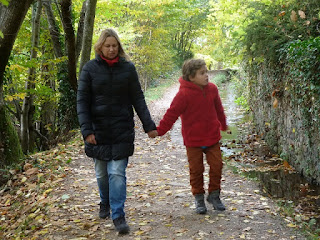 The canal and path follow the contour from the village through woods, thick with chestnut trees turning yellow and gold in the late October sun. But it's not long before the 1.5 Km canal heads out around sheer rock faces, the monks having to build tall rock walls and buttresses to support and retain the canal. 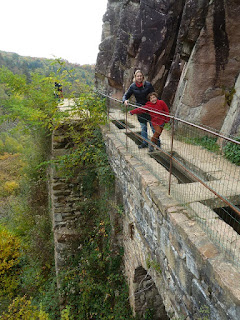 Down in the valley the stream which is the source of the canal, flows fast over rocks,and waterfalls, the stream bed rising quickly towards the level of the canal. 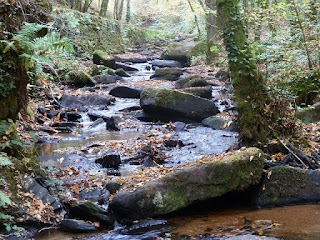 The source of the canal, a sluice diverts the water, while the stream plunges off down the valley. The monks also used the dam to create a fish pond. 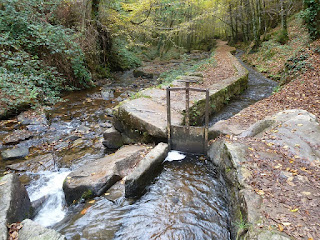 Along the way the canal was cut through huge boulders, which continue to be a source of fascination for small boys centuries later. 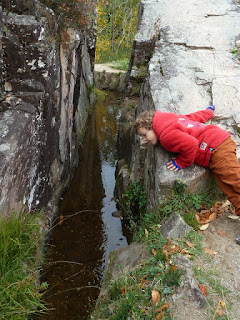