Down in the salt marshes between Lymington and keyhaven, on a point on the path are two strange looking shed like structures, close inspection reveals they are an art installation. 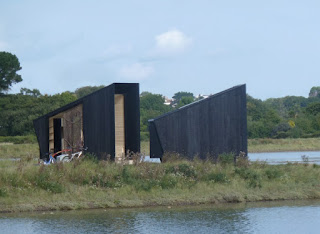 Described as a sculptural installation, one of the buildings is an artist's workshop while the other is an open observatory which can be rotated using a winding mechanism inside, so it's possible to follow the sun or the stars or just simply change the view across the marshes, open lake and the Solent. 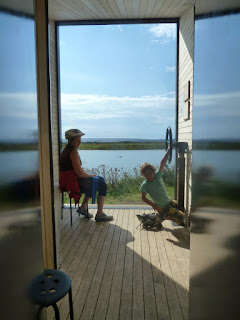 The project began as part of Winchester Science Centre on the south downs, but has been relocated to Lymington over the summer and I have to say looks very at home in the new nautical setting. 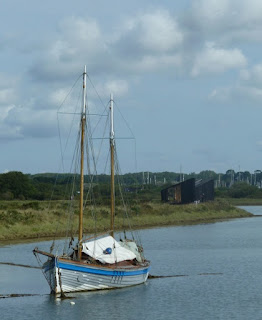 It was certainly proving to be a popular stopping and talking point with walkers and cyclists when we were there. The artist in residence changes often, outside the workshop was a cabinet where people were invited to swap or leave items and write about them in a book. 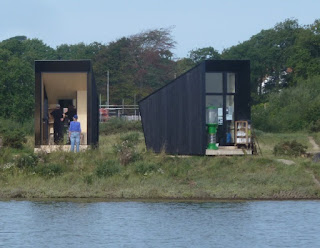