Possibly the UK's most popular cruising dinghy, largely due to the exploits of  Frank Dye who famously sailed an early wooden wayfarer on open ocean voyages as far as Norway and Iceland. 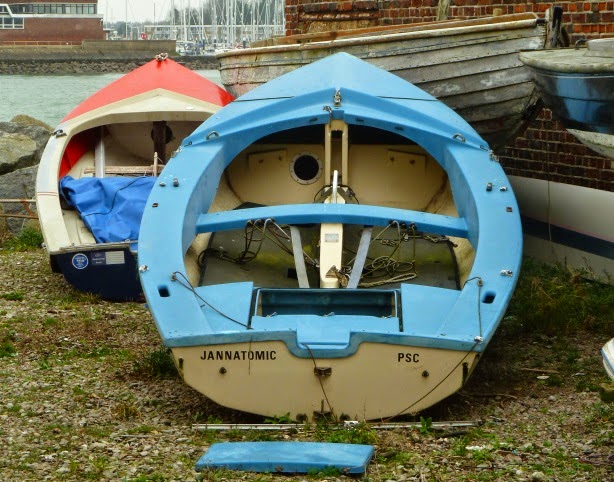 Designed by Ian Proctor in 1957 the wayfarer was originally built in plywood and subsequently in fiberglass, with over 10,000 being built.

In addition to cruising and day sailing the Wayfarer is actively raced with a PH number 1101. 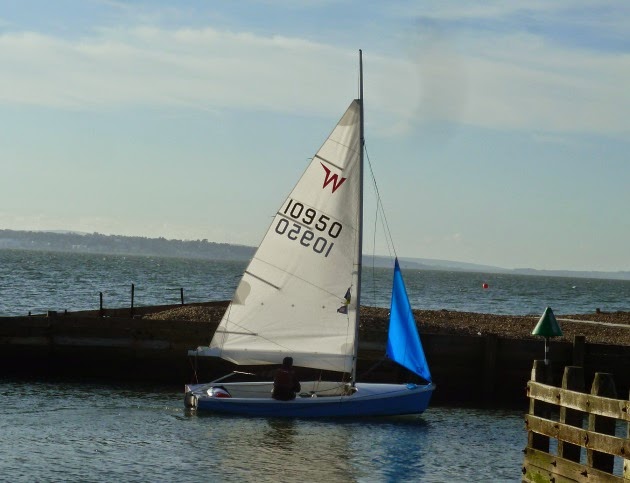 We owned a wooden Wayfarer number W176 some years ago, it was almost identical to Frank Dye's boat number W48 which is in the National Maritime Museum in Falmouth. Ours was a great boat, a bit heavy to launch and recover and could be a handful to sail single handed when the wind got up ( a couple of 25 litre water containers strapped under the center thwart improved things).
Posted by Bursledon Blogger at 08:02