I was up early enough to catch the best of the day on Sunday, the night had been clear and bright and the morning was clear and cold with a heavy frost on all the exposed areas. 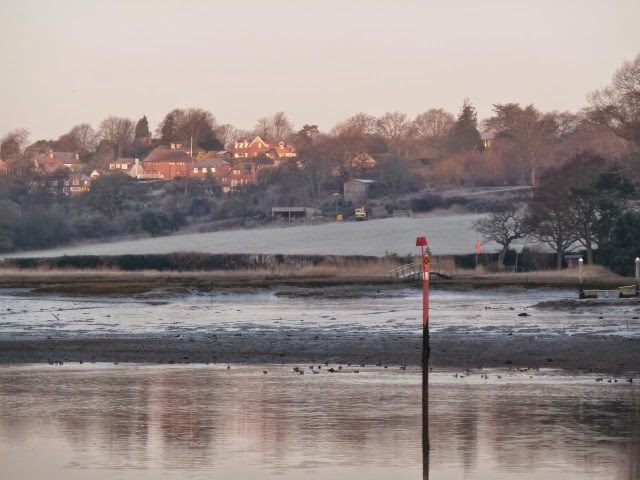 I was clearly up early, there was only a single set of footprints disturbing the frost on the old bridge. 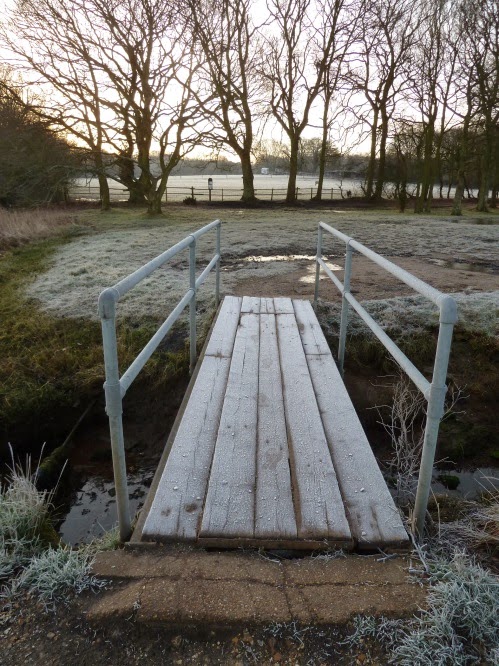 Gradually the sun started to rise over the trees on the eastern shore and light up the boats and Hamble village. 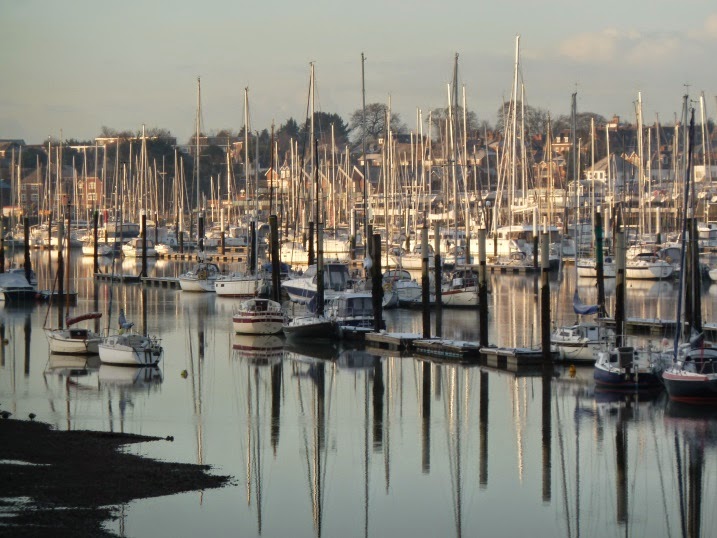 There was no sign of the flooding which has been making press headlines, the pathway showed signs of being covered but no more than is normal on a big spring tide. Today's gale force winds are forecast to come through around low water so maybe we will be spared the combined effect of wind and high tide. 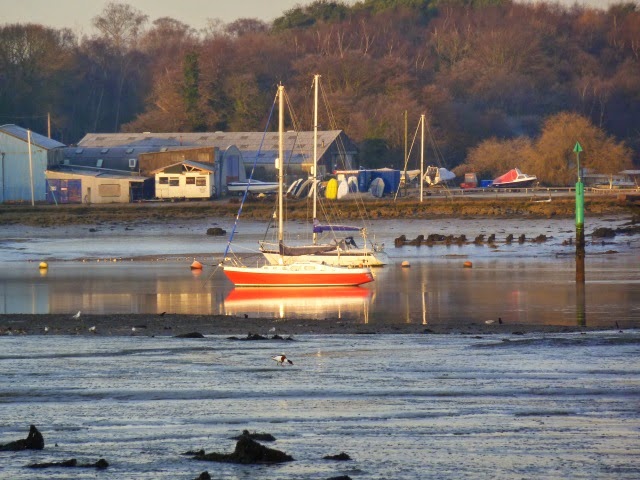 By the time I was on my return leg the sun was up and bright.

The clouds are already starting to fill in and rain is forecast by midday, but a morning run in the cold crisp air was a great start to the day.