Captain Horatio Pugwash and his crew; Master Mate, Pirates Barnabas, Willy and Tom the Cabin Boy may have given up their television career in 1967, but their notoriety continues, not least due to some dubious and totally false urban myths which originated in the 1990's claiming sexual connotations based on a risque distortion of the character's names.

Of course the truth is that the good captain and crew retired to run a dredging operation in Christchurch harbour. 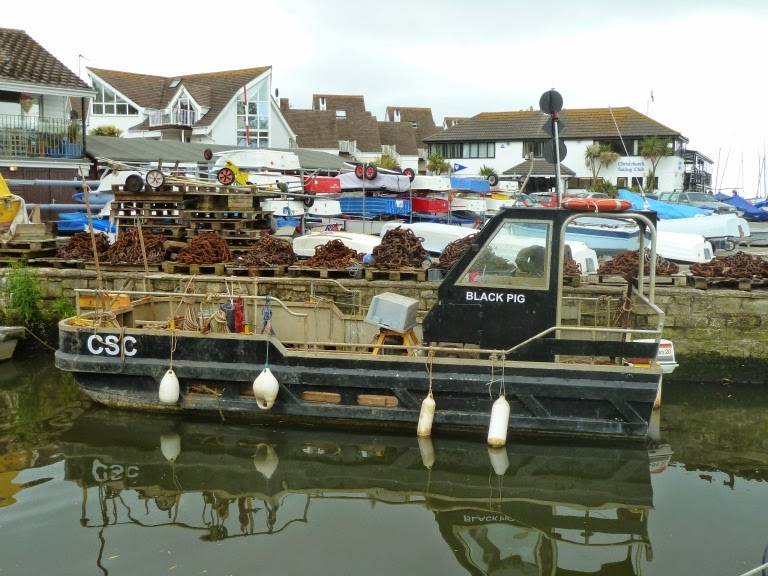 I wonder what happened to the Captain's mortal enemy Cut Throat Jake?
Posted by Bursledon Blogger at 03:10