Sometimes it's all too easy to take things for granted, or maybe it's because work is so frantic I don't get the chance to look out of the window very often, but I did manage to snap a few pictures with the new phone I got back at the start of summer. 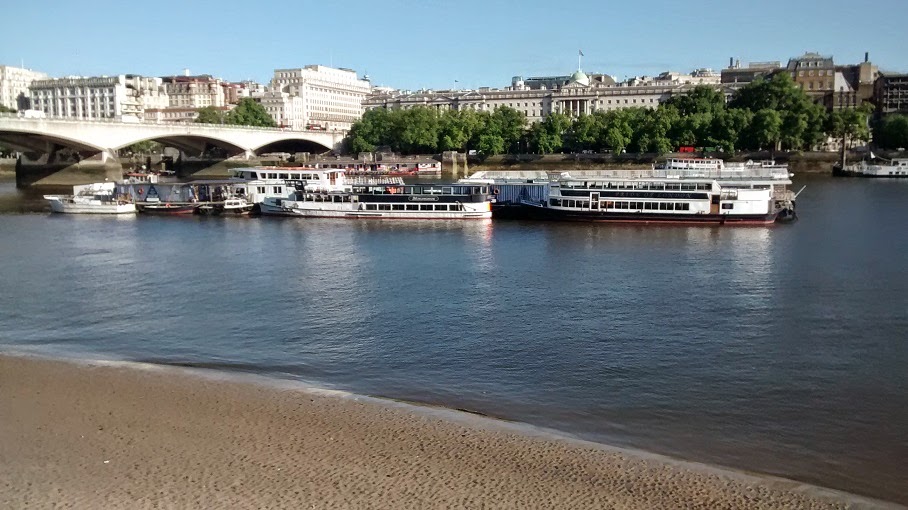 While the view in the background will be familiar with anyone who walks the south bank next to the national theatre, checkout the beach in the foreground. Normally the river runs fast and opaque along this stretch and it's only revealed during big spring tides. 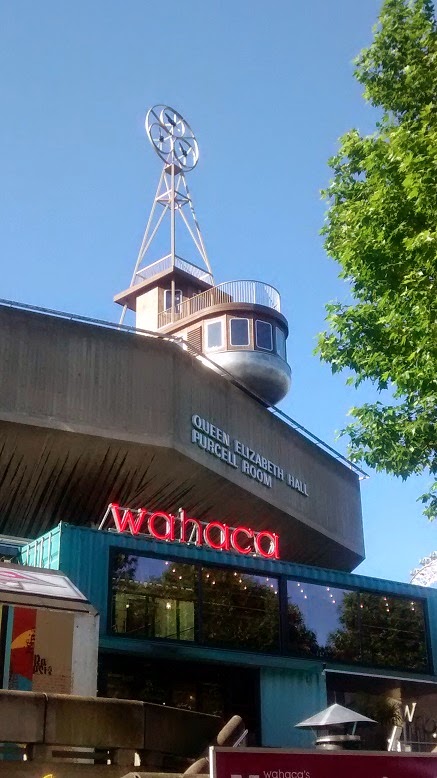 Not sure what this was about but it seemed to be the gondola of an airship that had become attached to the top of the National Theatre, I have to say it looks great. 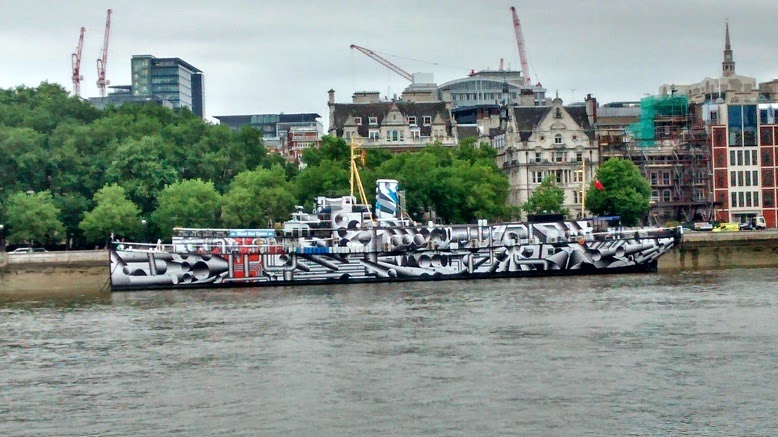 Just down stream on the Embankment side of the river is WW 1 warship HMS President which has been painted in "dazzle camouflage" to commemorate the centenary of the first world war. It was so dazzling I forgot to hold the phone upright. 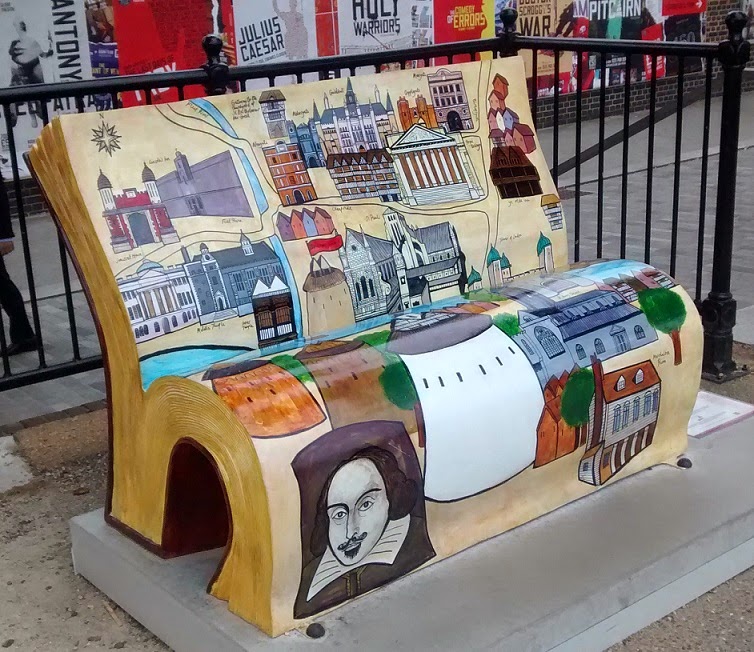 Books about town has been a fantastic feature of the summary around London, 50 benches designed by local artists and famous names. This one predictably outside the Globe Theatre. And of course no visit to London would have been complete without seeing the giant Hippo.

Designed by Dutch artist Florentijn Hofman who was hoping ‘to give members of the public a break from their daily routines, to inspire conversation and to cause astonishment.’
Posted by Bursledon Blogger at 03:53