We're fortunate having visited Fowey so many times we have explored most of the local paths and byways but this is our favorite. 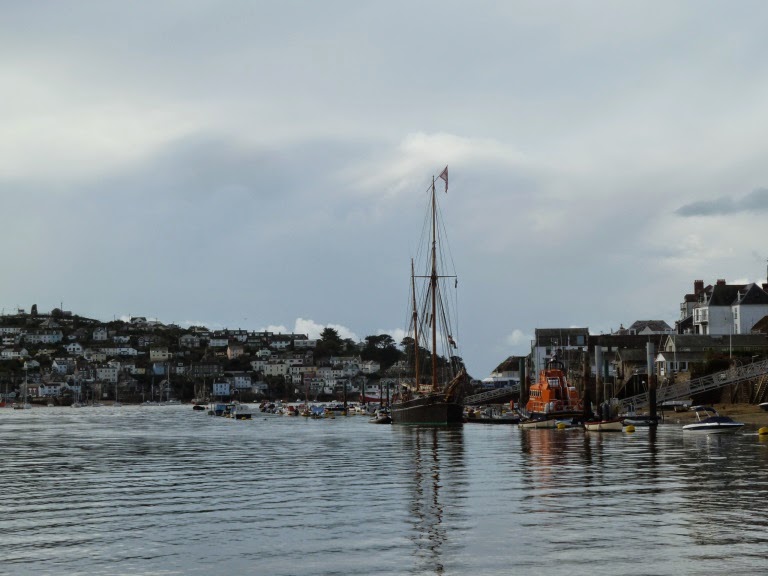 Starting in the town we caught the Bodinnick ferry across the river to start our walk. The walk can be done the other way around in which case the Old Ferry Inn makes a nice stop at the end of the walk especially if you time things to arrive for lunch. 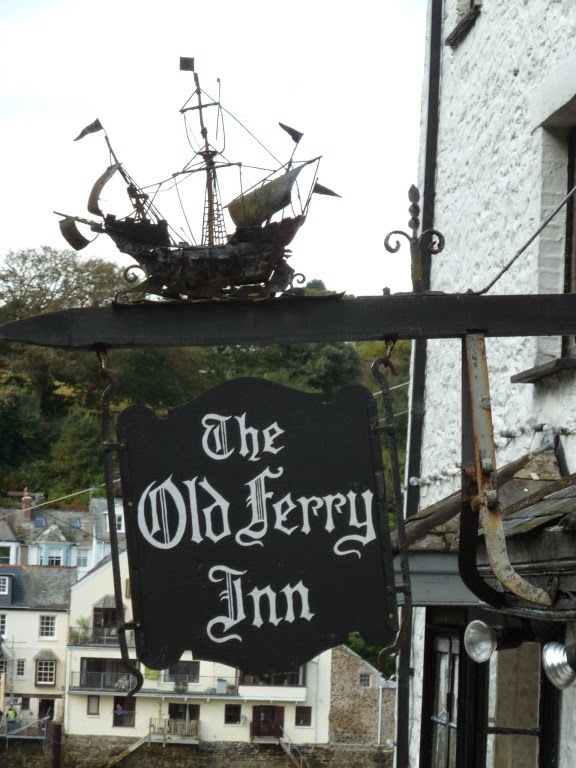 From Bodinnick you rise quickly and follow the foot path and National Trust signs which explain that the path was donated by a local land owner. There is a memorial to the towns people who fought and died in the two world wars with a view back across the river. 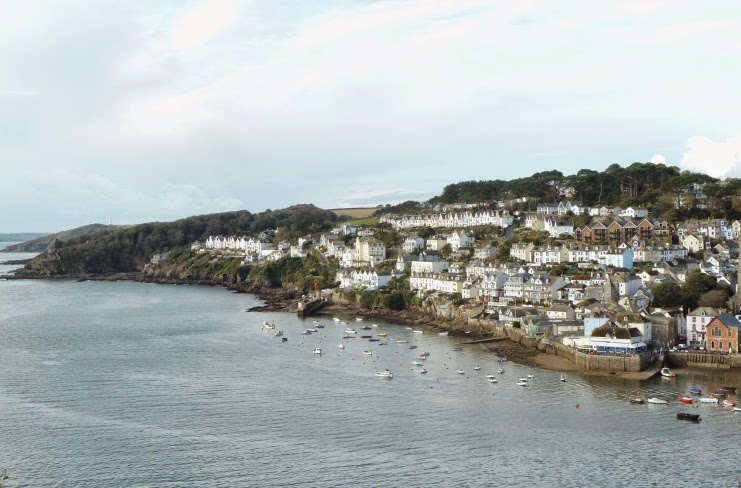 Following the path you reach the head of Pont Pill the creek which leads east from Fowey. It's a fantastic viewpoint looking south toward Polruan, Gribbon Head (the day mark tower can be seen on the headland on the right) and away across St Austell bay. 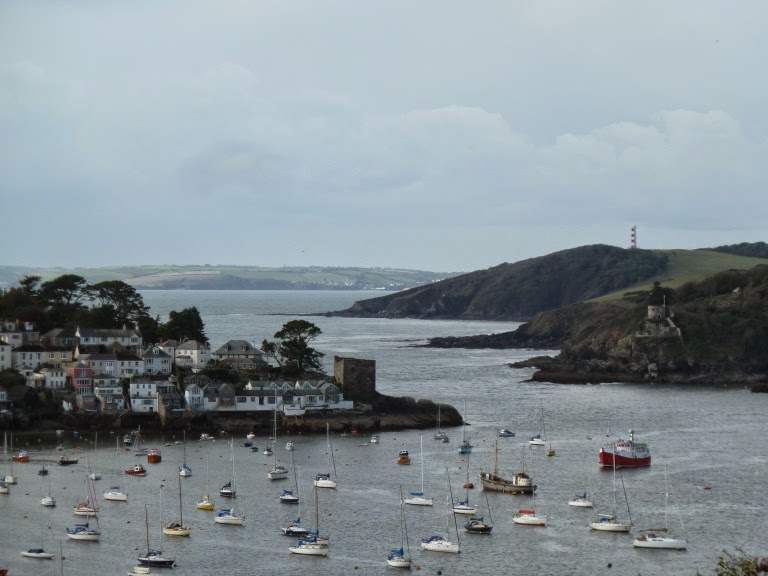 The path dips and rises but stays more or less on the top all the way to the top of the creek. I get confused and can never remember if it's Pill Creek or Pont Creek, the name Pont Pill seems to refer to the bridge (Pont) at the  top of the creek. 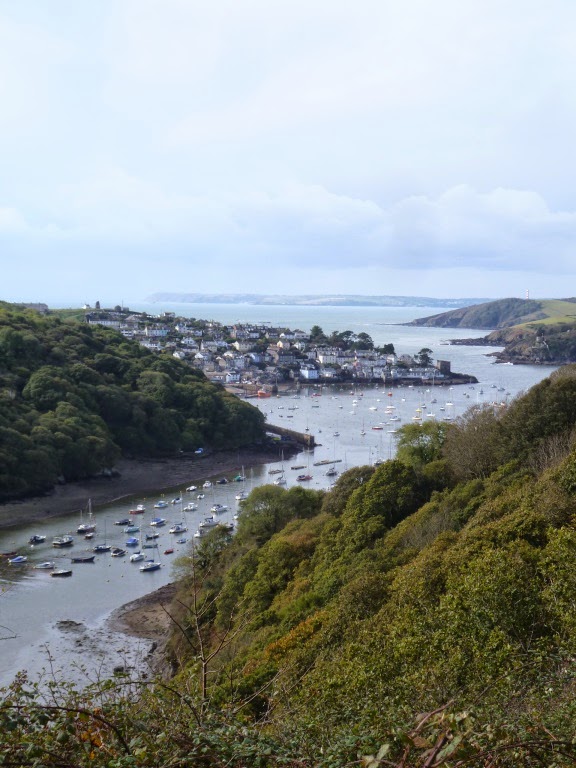 Below moorings at the river end of the creek, further up it dries so there are only a few boats which can take the ground. 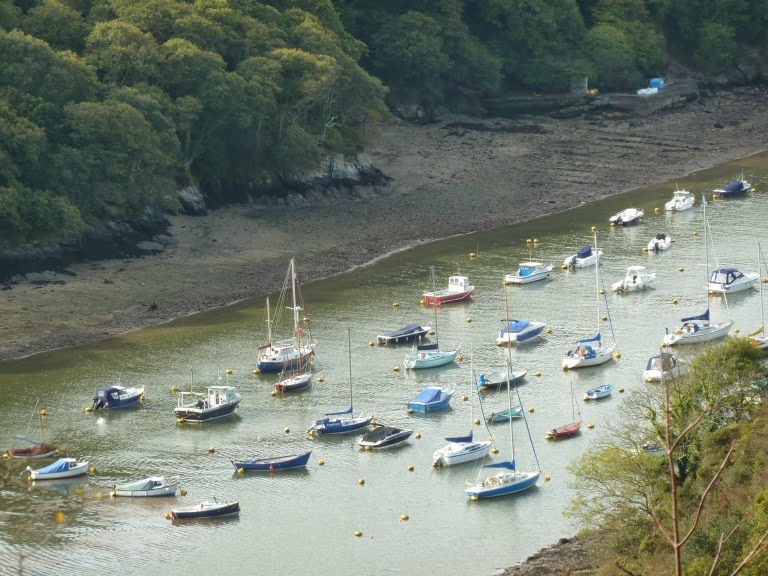 Low water at the top of the creek, the path descends quickly down to Pont Pill, there is an old dock, a couple of houses and the remains of lime kilns. Very quiet and a good place to stop for a break. 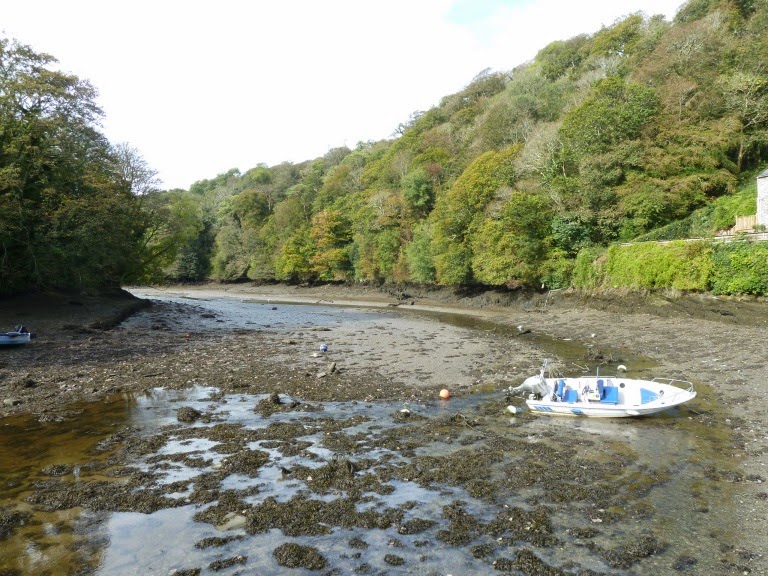 Leaving Pont Pill the path rises quickly again and you're soon walking along the top with views along the creek and across the river to Fowey. 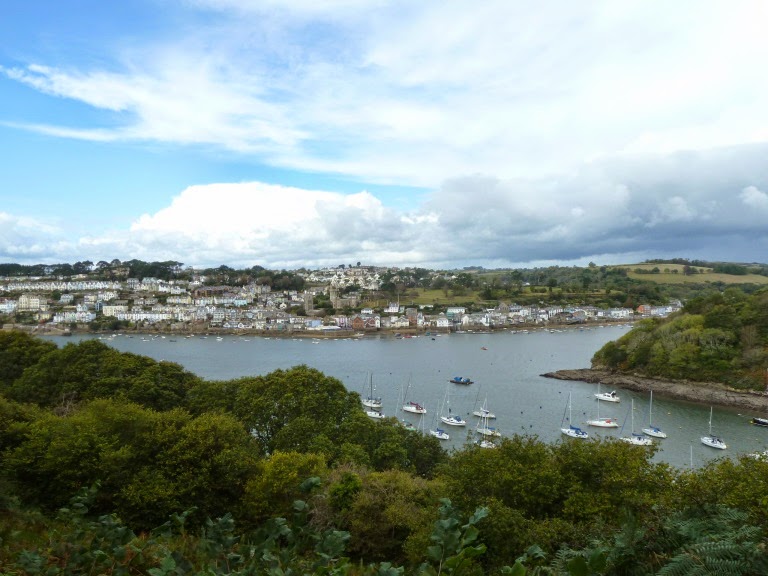 There has been a land slip recently so the path was diverted but the end of the walk is the same, Polruan the smaller village on the opposite shore to Fowey. There are a couple of cafes and the Lugger pub which used to have a reputation for great fish and chips, I haven't been for a few years hopefully things are still the same. 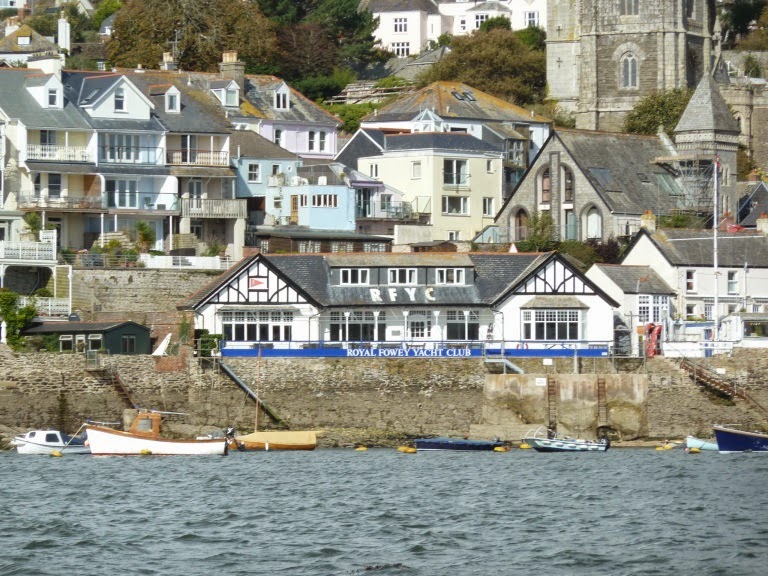 If you're still feeling energetic Polruam is worth exploring, go down to the castle and up to the old coast guard watch station. When you're ready go down to the quay and catch the ferry back to Fowey and take the opportunity to get a waterside view of some of the interesting buildings in the town.

Map My walk clocked the distance at 8km which included the ferry rides. If you're down in Cornwall I hope you find this useful. For those a little further away hopefully you enjoyed the views.
Posted by Bursledon Blogger at 04:49