It's probably a couple of miles to walk from Keyhaven to Hurst Castle, the worst of which is walking on top of the shingle bank which forms Hurst Spit. The stones are well compacted but they still shift under foot which makes walking hard going even on the flat.

By contrast launching the kayaks from the foreshore in Keyhaven it's a leisurely paddle through the moorings out to the Castle and lighthouse. 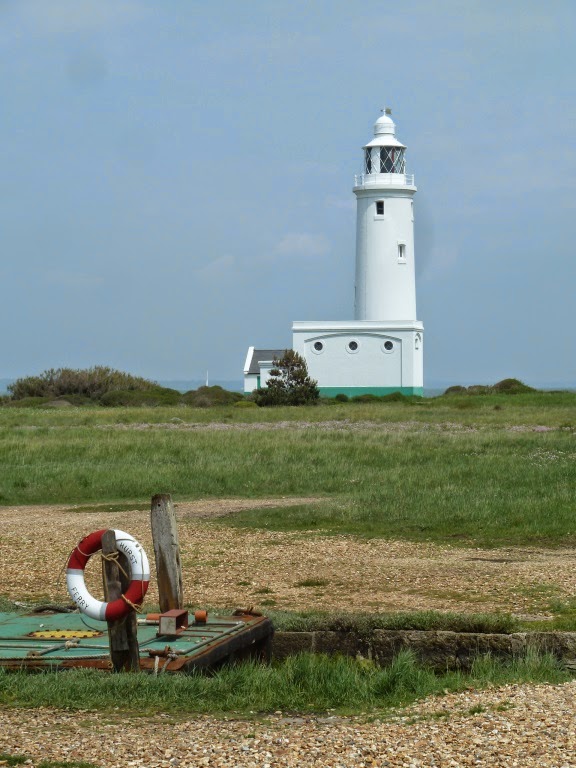 The spit means that the entire route is protected from the prevailing westerly winds, while one should always be aware of the dangers, tides and weather, it's was safe and pleasant spot to try out the new sit on top kayaks. 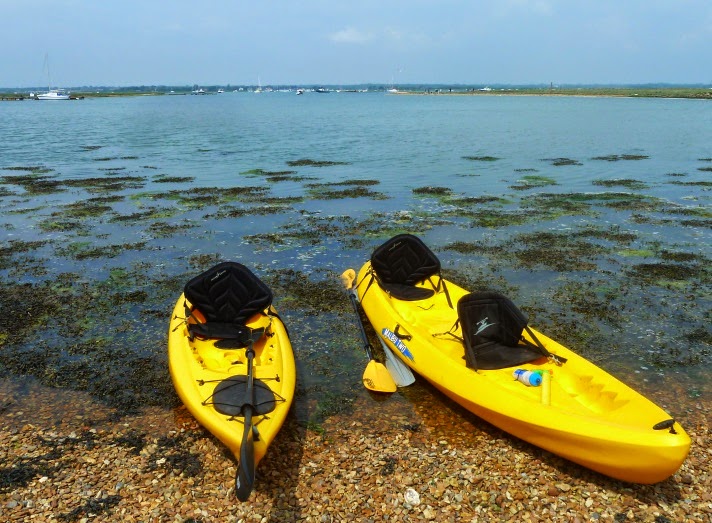 Originally  built in the reign of Henry VIII, the castle was at one time on of England's mos advanced artillery fortresses. Today it's preserved and operated by English Heritage, although we didn't do the full tour they did let is in far enough to find the icecream shop. 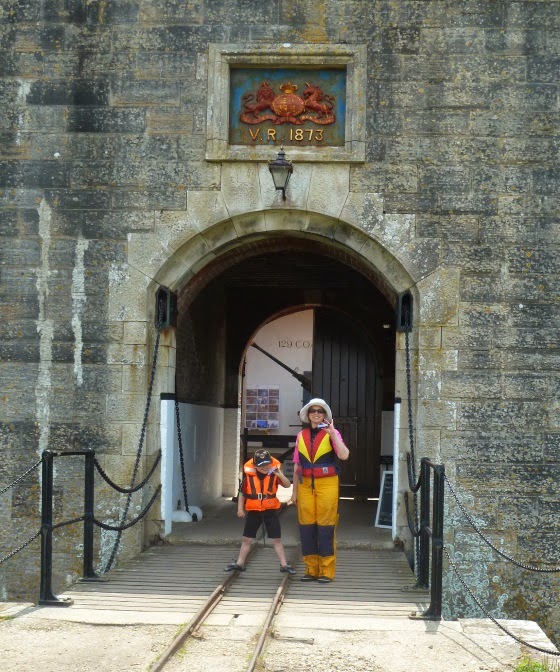 The castle became highly mechanised, presumably during Victorian times, note the railway which connects the dock to the fortress for transporting goods and ammunition. the sheer scale of the place is impressive, massively constructed, positioned as it is exposed to the full force of the Atlantic weather. 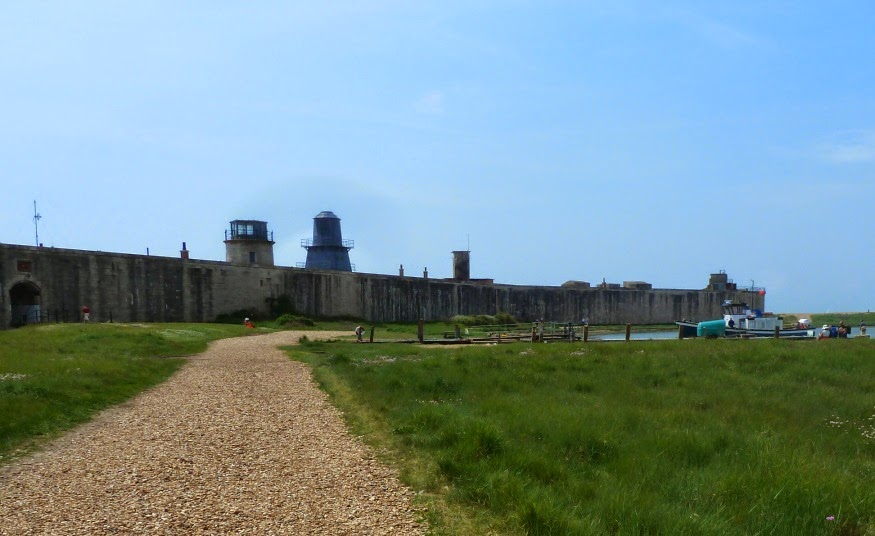