It's been a lively week what with the lifeboat rescue, flooding and then as we returned back to the house on Thursday afternoon, there was a yacht aground on the Polruan shore. 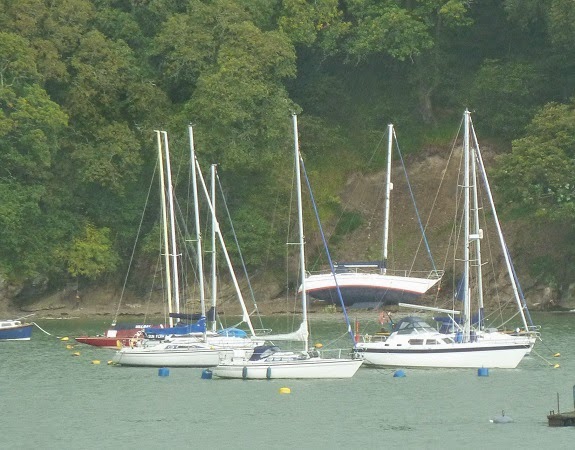 I'm guessing the yacht broke free from its mooring in the high winds and big tides we've been having.

It looks like a Sadler 34 bilge keeler with the starboard keel sticking above the ground and presumably the port keel dug well in.

Evening tide was lower, coming off springs and without the wind and the swell pushing the high water level. At around 6.30 PM two powerful launches stood by, the water was about two and a half feet short of the waterline of the beached yacht. One launch took a halyard from the masthead while the other pulled on a bow rope. Engines roared and slowly the boat heeled to starboard away from the beach and then suddenly slid down into the water. It was perhaps a drastic measure, but the alternative was to have left the yacht stranded for a month or more. All in all a good result, once the keel bolts have been checked.

Below the yacht being towed off to the boat yard. 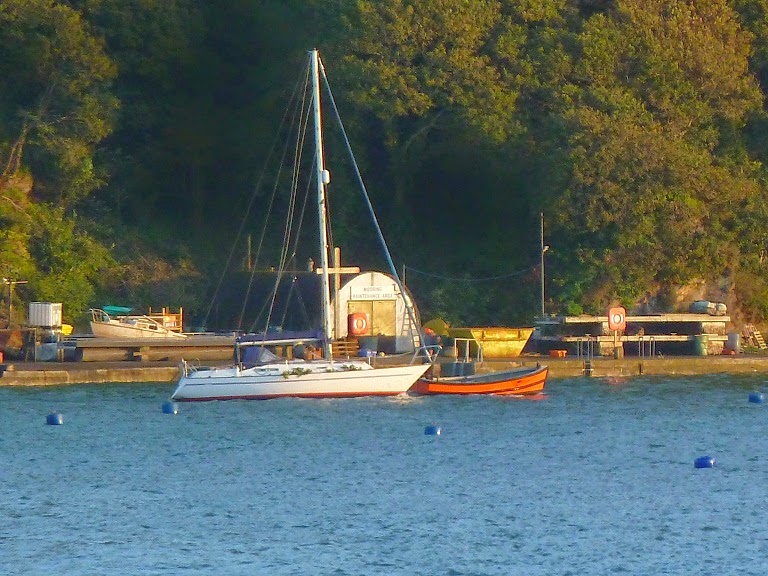 Strangely when we were here in September 2011 another boat broke it's mooring and was stranded in almost the exact same spot, clearly they weren't using the ground tackle I spotted in the Old Station Yard.
Posted by Bursledon Blogger at 06:52