As I said earlier this week there always seems to be plenty going on when we visit Fowey and Wednesday was no exception, the winds had been blowing from the south all day averaging around 30 to 35 knots so near to gale force. Fowey is a very well protected harbour except when the wind is in the south and the waves were soon piling up at the entrance. 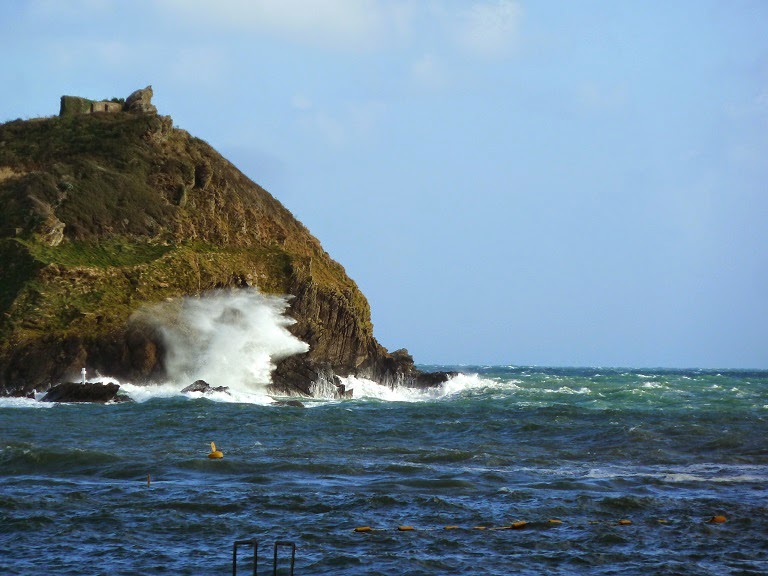 The waves combined with the big spring tide brought the sea over the top of the town quay, flooding the lower part of Fore Street. Someone seems to have taken a light hearted view given the sign they have put up in the old bank building. 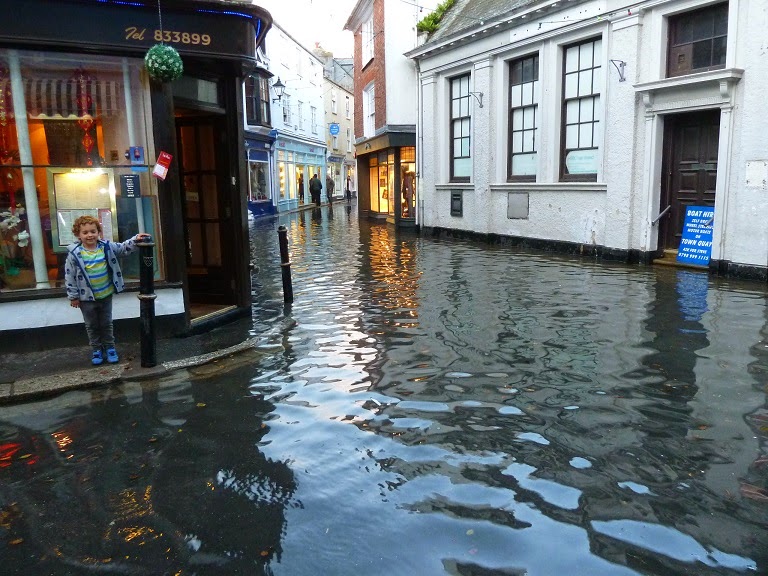 Accommodation with spectacular views at the King of Prussia. 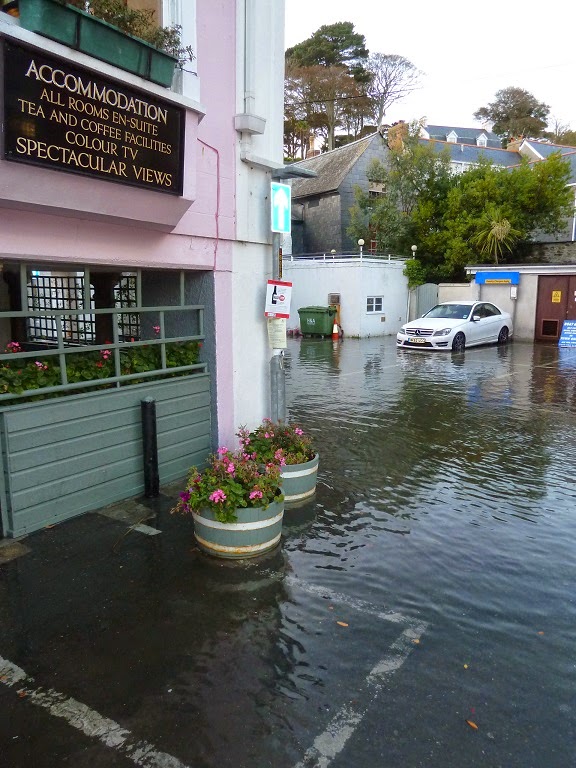 No takers for the boat trips then. 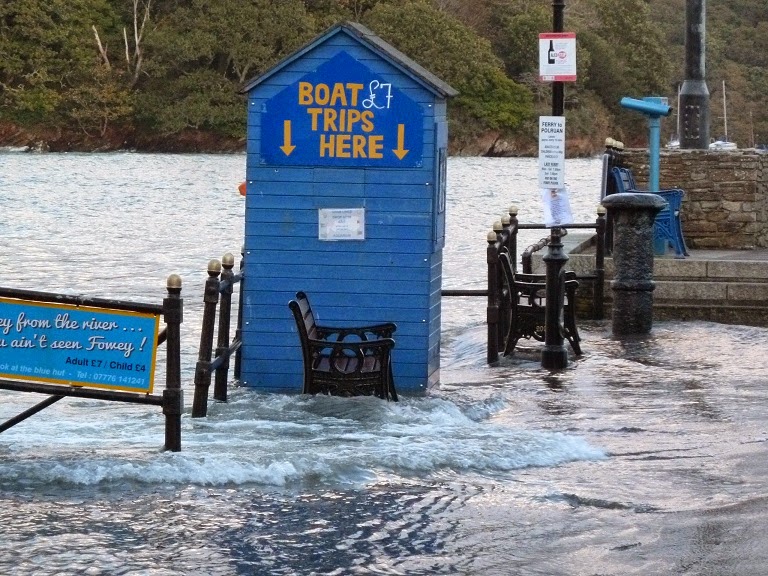 Down at the other end of town near Caffa Mill things were much the same, we were in Fowey in about the same time of year in 2004 when there was similar flooding, as I recall the high water level reached about halfway up the lower pane of glass on this house back then. 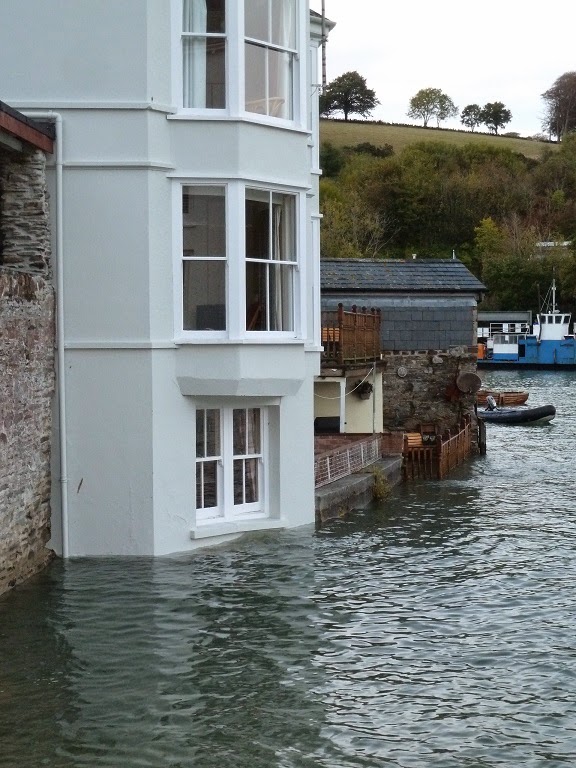