Fowey is small and picturesque but it seems every time we come here there's some excitement.

Having unpacked after the all too long drive, we wandered down to the town to see what was what, when the lifeboat went tearing off on a "shout". Nearby a local sailor had a hand held VHF and revealed that a yacht had capsized in Carlyon Bay. 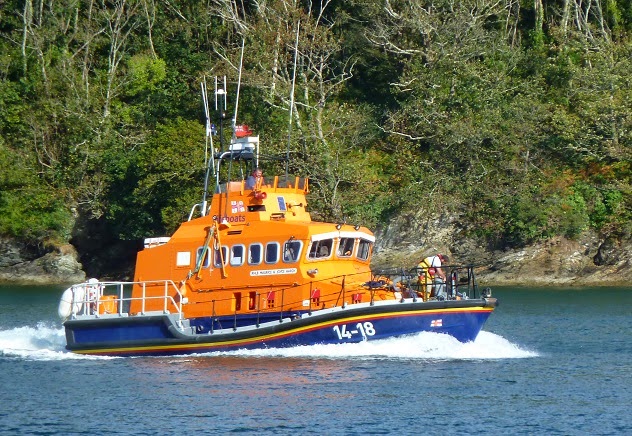 A couple of hours later the lifeboat assisted by the inshore boat returned towing the stricken yacht which was about 20 feet in length. 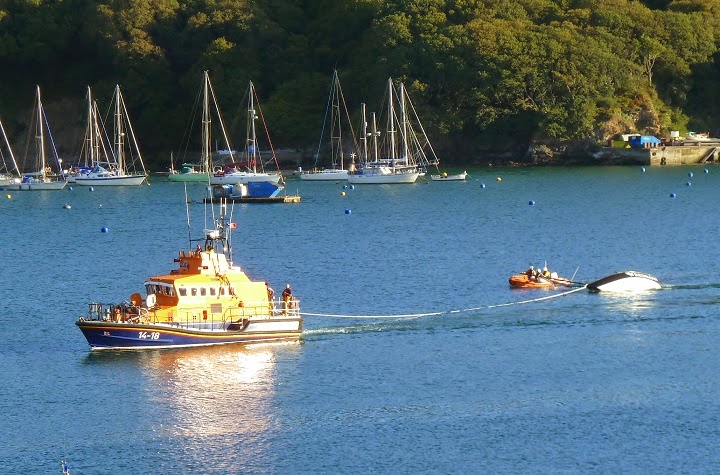 From the way the water was flowing past the hull, it seemed like the keel was still attached or at least most of it, so perhaps the capsize was due to a broach or being over pressed as it was quite a windy afternoon. 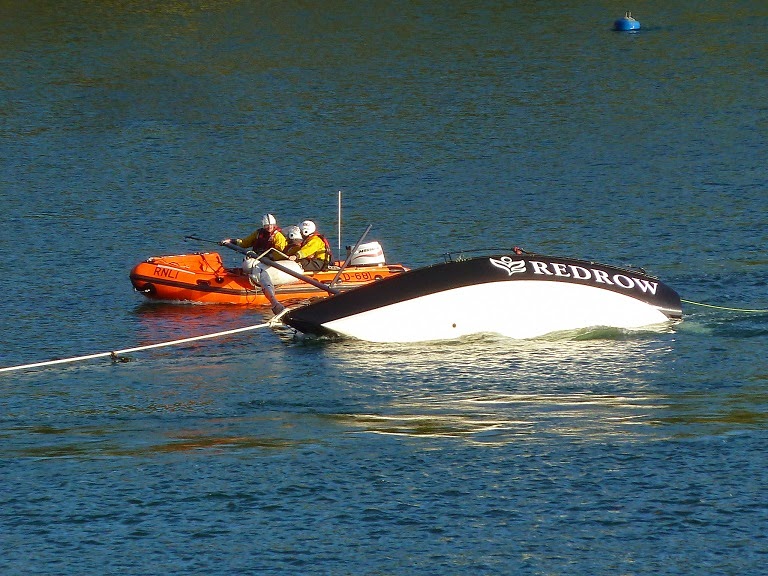 The lifeboat crew soon had her alongside one of the river pontoons and a large capacity pump going. 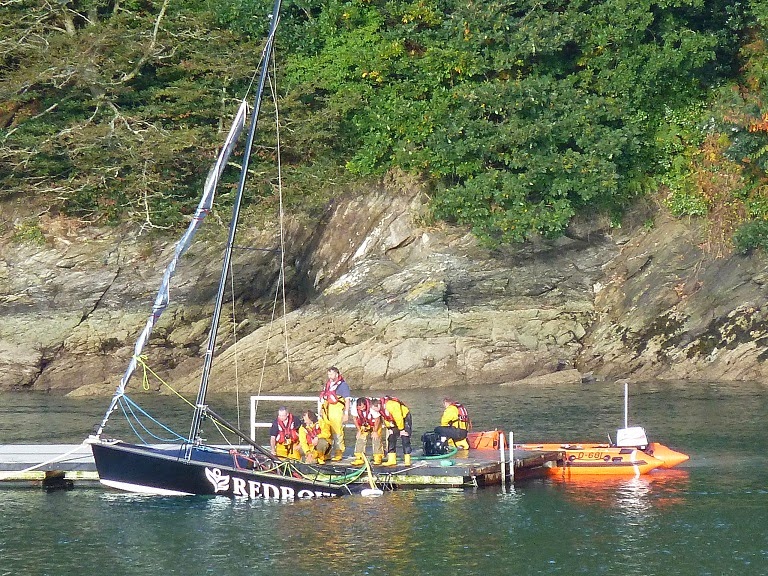 It was amazing how quickly the boat was floating up on her regular waterline, although looking at the picture above it may well have gone another way as the weight of water was clearly pulling the stern down. 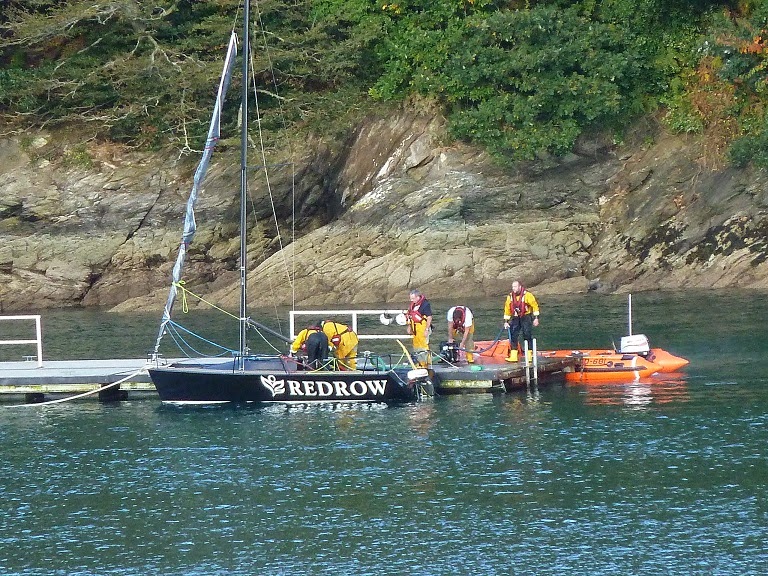 We heard on the VHF that the yacht's crew had been picked up by another boat, none the less let's give a big thank you to the Fowey lifeboat crew. Judging by their smiles and grins they were having a good time once the yacht was back in harbour.
Posted by Bursledon Blogger at 09:17