Woonboot is Dutch for houseboat some lovely examples of which lined part of the river Vecht between Weesp and Muiden where the river exits into the Ijsselemeer. A few like the one below are built on old boat hulls, but most are purpose built. 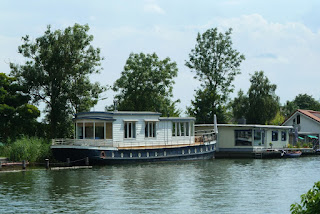 Years ago houseboats were probably cheap accommodation, but with the proximity to Amsterdam and the delightful rural location prices have soared to eye watering levels. There seemed to be a good mix between weekend holiday homes and those used as a permanent home some of which were spectacular in design. 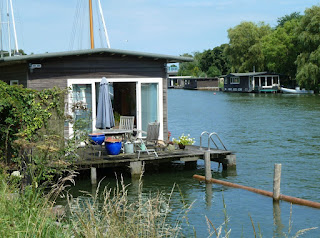 Amsterdam has long been famous for it's houseboats which line the quieter canals, we took our bikes into the city on the train and it was a great way to get around and see the sort of places which are often off the tourist trail. 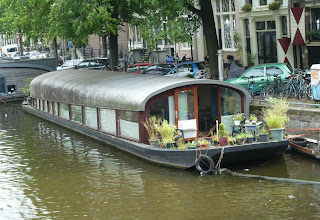 There were many more converted barges and work boats like this example close to the North Market. 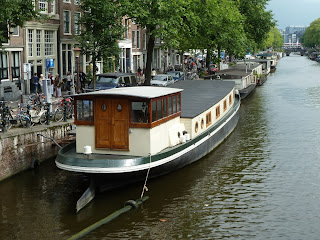 Even in what is a very expensive city, the houseboats had a bohemian feel, like this converted barge and of course the city is famous for it's "coffee shops" where the pungent aroma of marijuana often pervades the street. 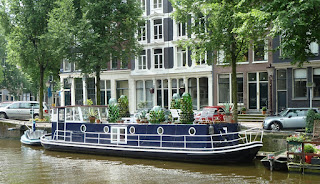 The sculptures on deck are formed from old wine bottles or maybe it'sjust a good way to stack them for a trip to the bottle bank! 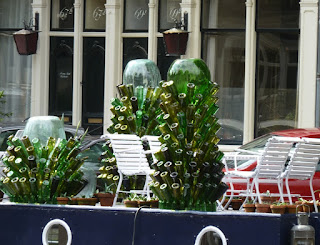