These 12 Meter class yachts were racing off Cowes recently, with the strong east going tide the boats were tacking close inshore which afforded magnificent views from the shore at Egypt Point the most northerly spot in the Isle of Wight and just a short stroll along the esplanade from Cowes. 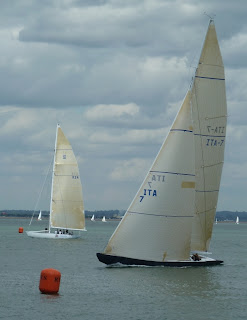 The boats are Crusader I (K24) a UK boat built in 1985 Italia 1 (ITA7) also built in 1985 and now based in Lymington. There have been a total of 170 Twelve Meter class boats built between 1907 when the class was created and 1987 when the last the class last sailed the America's cup. 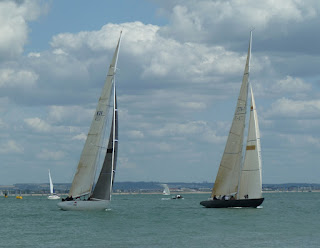 There were a number of different classes sailing in the Household Division & Royal Yacht Squadron Regatta, in addition to the Meter classes (12's, 8's and 6's) the regatta invites classic keel boats such as established Solent classes XODs, Sunbeams, Darings, Dragons but also any classic keel boats will get a class start with sufficient numbers or a class result in a mixed fleet. Individual representatives of any class may sail in a handicap fleet so that the event is inclusive for everybody that would be eligible to race and serve to broaden awareness of these classes that exist all round the UK. 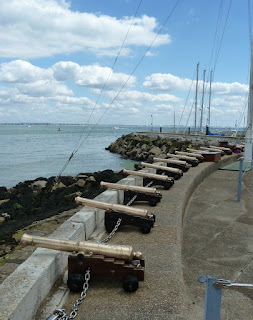 The starting Royal Yacht Squadron starting line at Cowes (above) and below the famous club house. 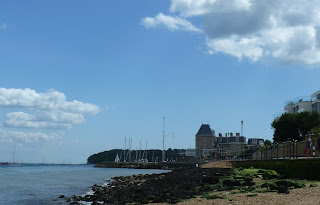