Or more predictably "raining" since the theme for this year's Bursldeon Regatta was London the weather provided some realism to the event with grey skies and a few passing showers, but as with so many events this year it didn't dampen our spirits and everyone seemed to be having a great time. 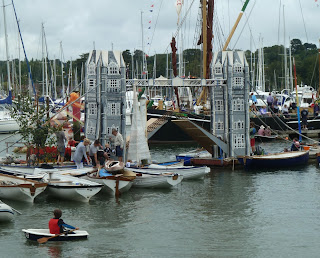 The Elephant yard had been transformed with Tower Bridge, Big Ben and our very own "Burseldon Eye!" 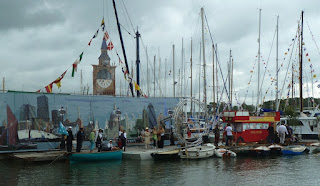 The morning torrential downpours had largely gone by afternoon allowing the usual rowing mayhem to proceed. 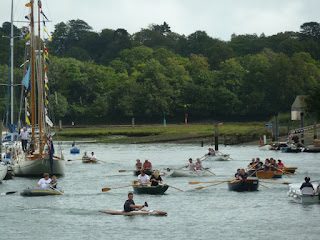 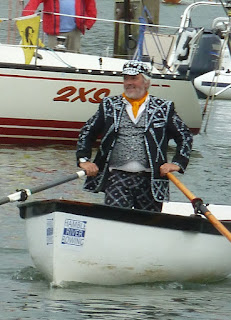 Ashore a sexy Beefeater conversed with the homage to British Olympic swimming. 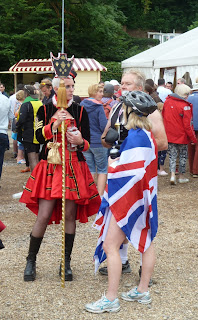 And of course with any event of this type there was an arresting police presence. 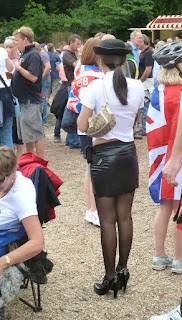 I suppose the beer tent should have been selling London Pride but Bowman's Wallop's Wood was going down just as well, here the pride of London an APR Warden, City Toff enjoy the day with a king's Road punk, traffic warden and a royalty tribute. 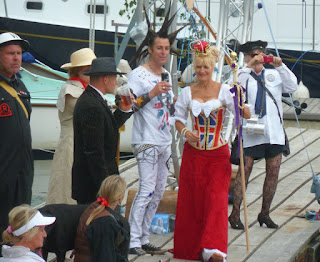 While Geri Halliwell went past on a paddle board. 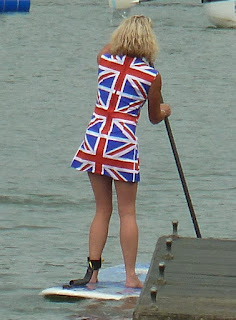 The water carnival was no less spectacular, inevitably there was a London Route Master bus. 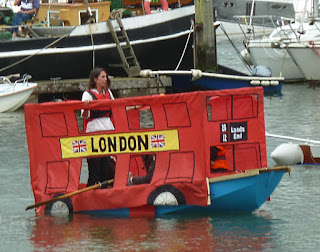 Clearly with an integrated transportation policy others chose to take the tube. 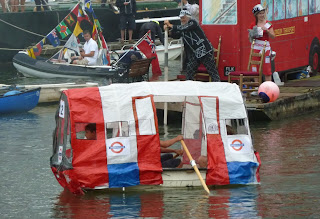 There were two entries from London's famous Regent's Park Zoo 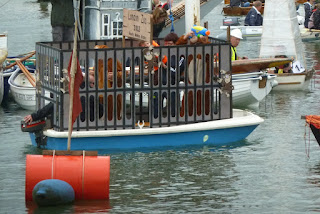 And of course London's Burning, which particular fire they represented wasn't quite clear, given the skyline with Big Ben and St Paul's it wasn't the great fire of 1666, perhaps the Blitz or more likely the Clash. 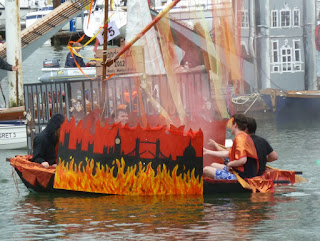 The piece de resistance was the almost full size open topped London Bus probably the only time one had been sculled. 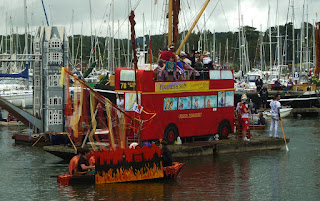 As always thanks to the Elephant Boatyard for hosting the regatta, the committee for organising a great event, the sponsors and friends of the regatta who's continued support is so essential and for everyone who came along, joined in and made it such a great day. 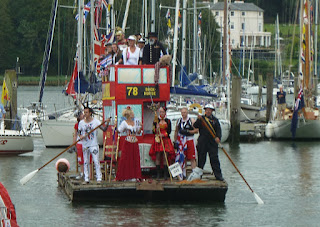