We were gazing out of the window in Fowey when the Matthew appeared around Gribbon head and sailed into the river. 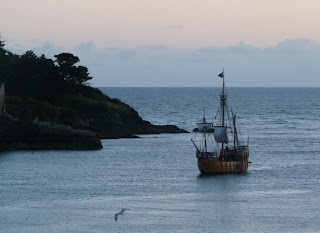 At anchor in the river with St Catherine's Castle in the background this is a view similar to that which might have been seen 500 years ago when John Cabot set out on his voyage of discovery and henry VIII had the fort built to defend the harbour. 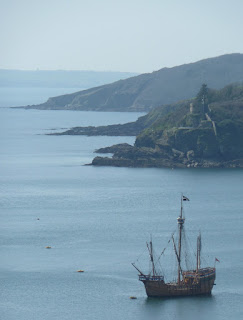 The replica of Cabot's ship set out in 1998 to follow the route of his voyage to Newfoundland. Normally based in Bristol docks she was in Fowey for maintenance and a survey at the shipyard in Polruan and will be making her way to London to take part in the Jubilee celebrations on the Thames. 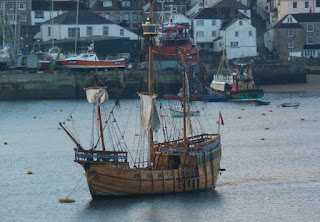