Sarnia, Ontario isn’t a typical holiday destination, but we had the opportunity to visit this small city (population 70,00) which sits on the southern tip of Lake Huron. With the proximity to the lake, August temperatures between 25-27 degrees and only the occasional thunderstorm we had a great time. 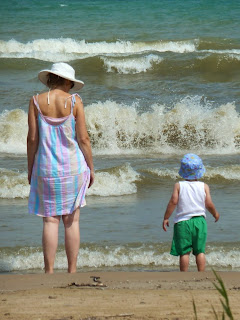 The Great Lakes waterway system flows from Huron, down the St Clare River into Lake Erie on its way to the sea. The scale is immense with huge freighters plying their trade between the America and Canadian ports. A seemingly popular pastime in Sarnia is sitting in the park at the entrance of the St Clare River watching the freighters pass under the Blue Water Bridge which links the US with Canada. A couple of food vans were serving real chips, not fries these were the real thing which made the park especially popular at lunch time and early evenings. 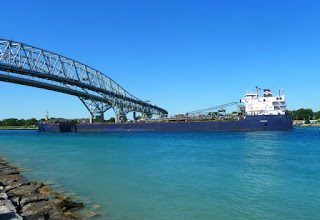 For the more active there was fun to be had floating under the bridge, the current runs at some two to three knots so it’s easy to swim out with a float and drift down on the current. Great in summer, in winter we were told members of the local scuba diving club do the same circuit holding onto ice flows. 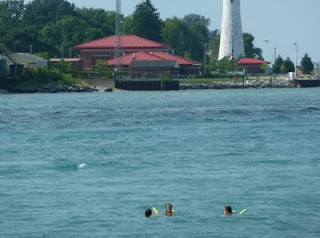 Mostly it’s just a great place to look across to the US and while away some time watching the freighters going by. Back in the 1970's Gordon Lightfoot sang about a 27,000 ton payload aboard the ill fated Edmund Fitzgerald a freighter which foundered with the loss of all hand on Lake Superior. Some like the Algolake (above) are familiar modern bulk freighters, but others like the Manisteee (below) are very distinctive. It looks like a forward bridge ferry has been joined to a counter stern tramp steamer with a couple of foot ball pitches worth of ship added in the middle. 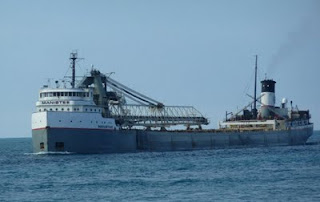 Right along the lake shore broad leaved woodland still comes right down to the water’s edge with miles of sand, much of it private but equally huge stretches of almost deserted public beach. 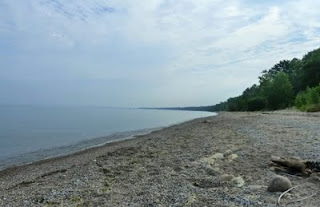 The obvious thing was to just head out of town along Lakeshore Road, past the delightfully named Bright’s Grove, Kettle Point, Ippawash Beach, enjoy the lake and the big sky. 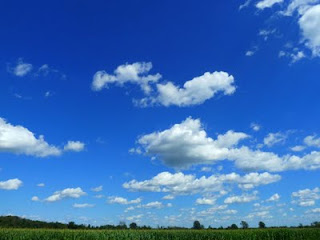