We have seen the distinctive red and white day mark on top of Gribbin Head many times from sea on our approach on Fowey and once walked there along the coastal path. While we were staying in Fowey the National Trust opened the tower for the day, so we took the opportunity to climb up the 84 feet high edifice. 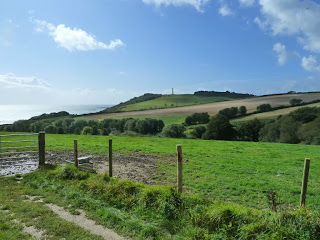 Built in 1832 by Trinity House on land provided by William Rashleigh, the day mark identified Gribbin which sailors often confused for St Anthony, thus in danger of entering the shallow and treacherous waters of St Austell Bay rather than the safe deep water harbour in Carrick Roads. It also provides guidance into the narrow and rocky entrance to Fowey harbour. 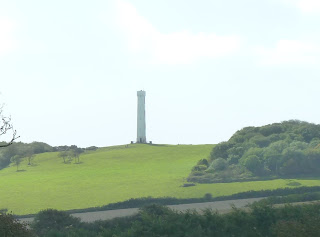 Ascent is by torchlight, climbing the stone steps which spiral up inside the square gothic tower and is a surprisingly easy climb, even the short ladder which leads out onto the roof platform. 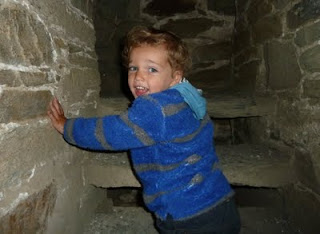 The wind was blowing a good force 5 from a clear sea but seemed stronger at that height. 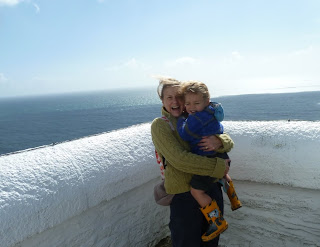 The view is spectacular as this picture of the entrance to Fowey demonstrates. 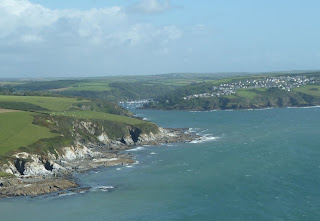 Thanks to the members of the National Trust who opened the tower for the day, the Tower is open about six times a year.
Posted by Bursledon Blogger at 04:54