One of the things I like about visiting the west country is the opportunity to look at some interesting boats, like this double ended Colin Archer type out on the moorings off of the town quay in Falmouth.
Several designers have drawn up examples of this style of boat based on Colin Archer’s famous rescue boats and the boats have been constructed in a range of materials ranging from wood to ferro-cement. This one was too far away to see any details but she is a handsome boat and just look at that topmast, flying a brightly coloured topsail would be great for light airs. 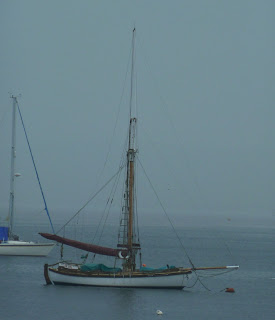 This cute cutter looks like it has a sporty edge, with short bowsprit and bumpkin, the top section of the Bermudian mast supported with jumper stays, she echo's back to pre war days. 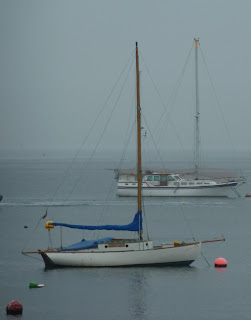 Further down the harbour pilot cutter Morwenna was maneuvering in the marina beside the National Maritime Museum, the last time I saw her was in Cowes for the start of the Fastnet race and I see from her web site that she will be competing again this year. 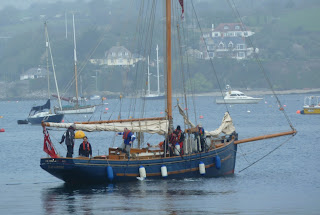 These two luggers on the Maritime Museum pontoon were built by students of the Falmouth Marine School based on a local boat Veracity which was built by J. Blewett of Newlyn for a Mr. Paul Humphreys of Mousehole in 1902. Veracity was 33ft LOA but the new boats were scaled down to 22ft, last time I looked they were for sale. 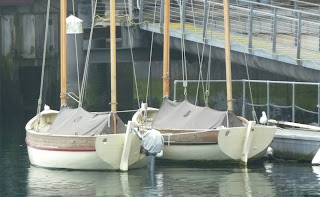 Further up Carrick Roads at Mylor some of the still working boats were to be seen, to preserve the fishery oyster dredging is only allowed under sail so there area has a number of working boats like this one. The mast looks like it's been reclaimed from a modern yacht and put to good use. 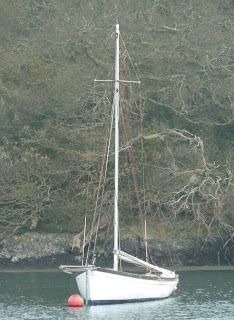 FH18 looks fast just lying to her mooring, racing has always been a facet of the local fleet, with working boats carrying a cloud of sail in the summer races. 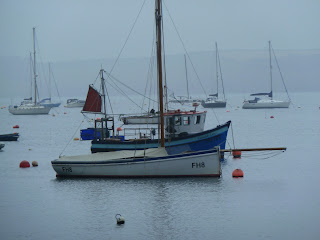 Other boats seem less well cared for, or perhaps it's just the result of a busy working season and a winter which has dragged on for too long, in the meantime she waits patiently for a lick of paint and a scrub to start the new season. 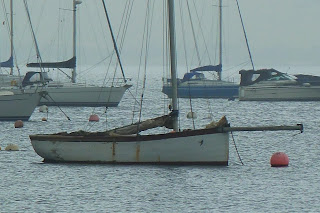