The weather fax for Sunday was grim, it was clearly a day for staying at home in front of the fire. 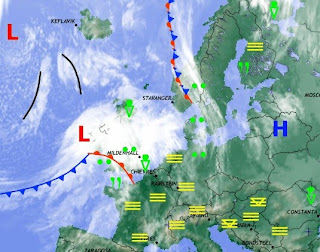 The Solent was predicted to take the worst of the southerly winds as they lashed the coast. We opened the curtains to see rain streaming down the windows and the garden full of leaves and branches, blown down overnight. 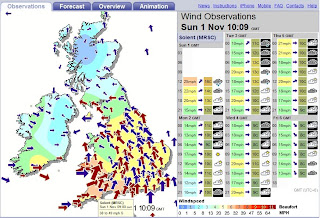 Checking on line, down at the western end of the Solent they were seeing average wind speeds of 40 to 45 knots with gusts as high as 55 knots, this was a serious blow. 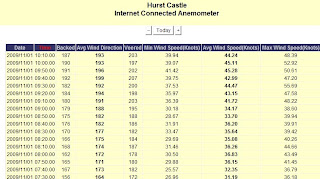 And of course our curiosity got the better of us, so it was on with coats and waterproofs. Waves were coming over the breakwater and flooding the road, over at Hill Head. Further east, the local authorities had actually closed the road down in Stokes Bay, not that a few traffic cones were going to stop anyone! 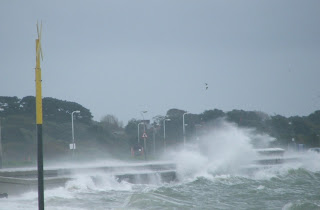 And of course there were a few mad windsurfers out! 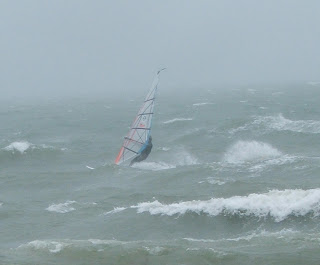