The number of boats might be down form previous years but there was still plenty going on, the sports boats and SB20's seemed to be having a lot of action. 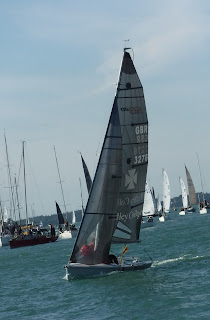 Taken at a distance from the ferry on the way over, guessing these are Redwing Class designed in 1937 by Nicholson. 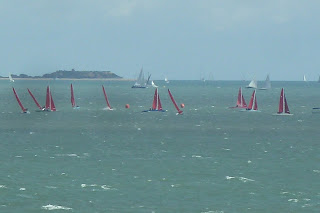 Start and finish guns outside the Royal Yacht Squadron 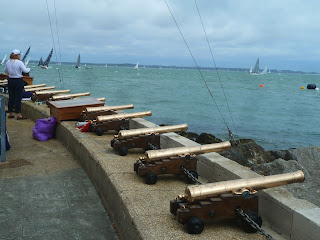 Dragon returning to Cowes after the race 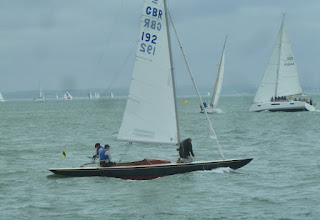 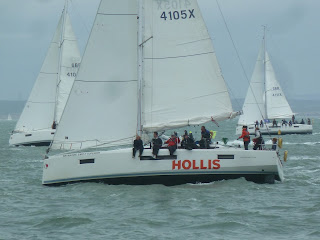 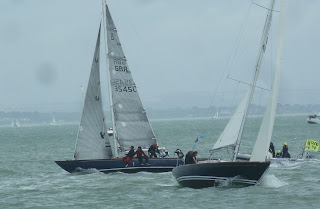 Don't know the class but they appear to be cruiser type boats reefed for the beat westward. 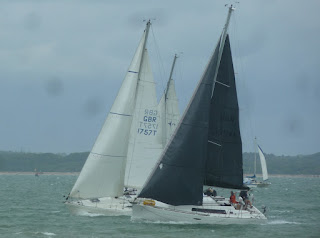 Heading across the Solent for a long beat to the northwest, 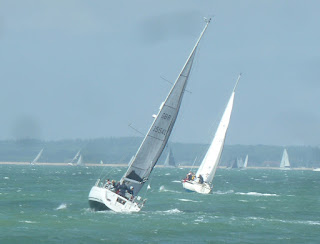 More of the same as the sun comes out 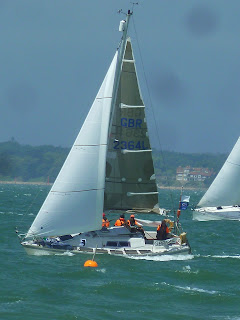 Toffino running back to the finish 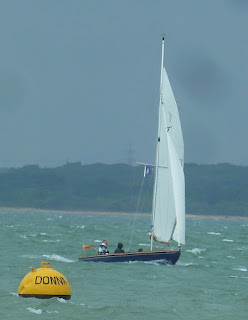 As the late, great and lamented Ian Dury would say. 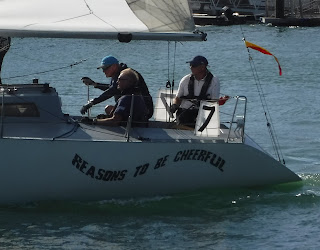