In an earlier post that there were some interesting cars at the Goodwood Festival of Speed. 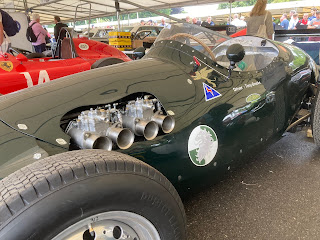 For carburettor fans everywhere, the British spelling of carburettor to go with the British Racing Green, actually I think that's such drab colour it's a wonder we won anything, thanks goodness for sponsors paint schemes. 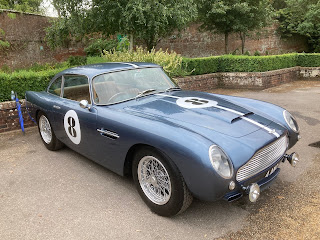 I think is a DS4 or 5 and I think its a Zagoto design, either way fantastic. 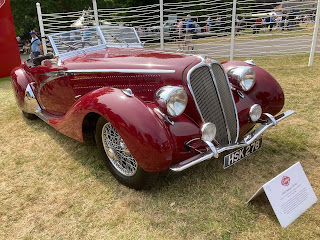 1935 Delahaye 135 MS, just beautiful, a car just for showing off in, you can imagine it being used in an old black and white Hollywood spectactular with the star and starlet driving along a moonlit coats road. 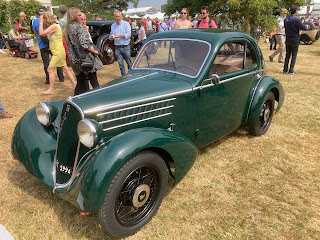 I can't remember is this was a pre or post war Fiat, it looks like a go faster version of the Topolini, just lovely. 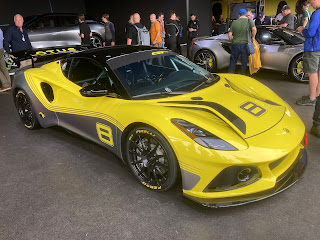 The new Lotus looking purposeful, but so sure about the banana livery though. 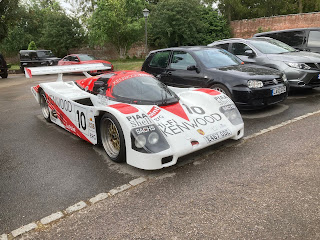 How about a road legal racing Porsche? I walked thourgh teh car park and then realised it has number plates, on the door it names  Brit Derek Bell, Takahashi and Okada from Japan and Giacomelli of Italy, so it's clearly had an interesting history and probably not a daily driver. 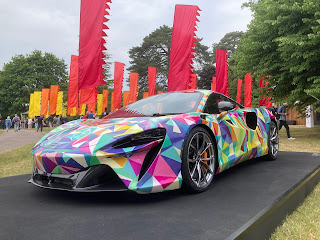 If you're going to drive something wild why not go the whole way, Mrss BB asked if she could have her car wrapped this this. 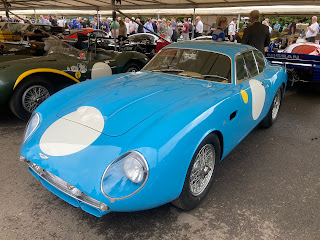 And finally I'm pretty sure this was a lightweight Zagato bodied Aston from the early 1960s .