One of the delights about the Cornish coast are the cliffs and coves. The Solent being largely flat and low lying we just don't get these dramatic rocks and clear water. 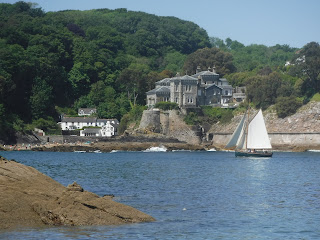 Aboce Readymoney cove, with fambulous mansion on top of the rocks was apparently former home to Dawn french and Lenny Henry. 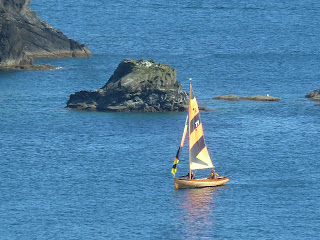 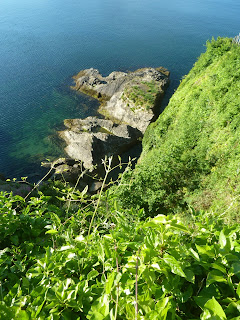 Looking down from above, doesn't really give the scale, at low water there's a tiny beach which is only accessable by boat.