I admit to having a soft spot for these, built by Newbridge boats, the cabin roof was a bit big, but it gave loads of room below for a23 footer and that flush fore deck was great to work on. 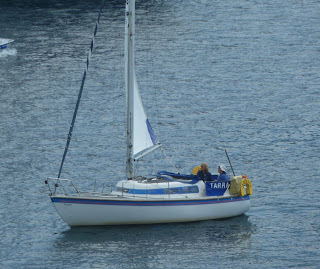 Sailing performance was not exactly riveting,  apparently the fin keeled version was better than the bilge keels on mine, but great little family boat, well built and very tough. We met a guy in the Azores who had sailed one there single handed from the south coast.
Posted by Bursledon Blogger at 06:30